There’s a few things that are more of a luxury than a necessity when in comes to DIY food. 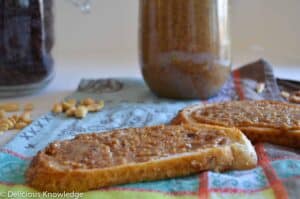 Homemade hummus: Often. I rarely buy store hummus unless I am in a major pinch and need something to spread on my carrots like yesterday.

Homemade bread: Rarely.There’s just not enough time in the day.

Homemade jam: Twice a year. Ideally I make enough to last us through the year. PB&J is an easy pantry staple, especially when I don’t want to go grocery shopping.

Homemade peanut butter: Always. Few store-peanut butters are peanut only and the one’s that are typically cost about $5 a jar. It’s a simple no brainer. In less than 10 minutes I can have enough peanut butter to feed a small family, without the added expense, salt, sugar and/or hydrogenated oils. 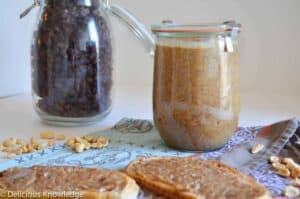 Peanut butter and apples is one of my favorite snacks. I keep a bag of apples and small jar of PB in my office for days when I need something to tide me over until after kickboxing or until I make it home.

As I got to making my batch of peanut butter this week, I thought about combining those flavors into one. 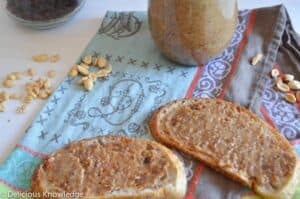 How did I not think of this sooner? 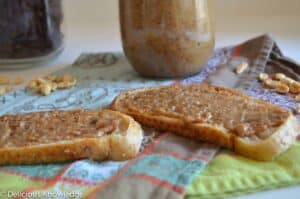 Place 4 cups peanuts into a high-powered blender or food processor. 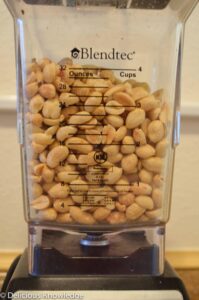 Puree for at least 5 minutes until very smooth. The consistency should be like creamy peanut butter. 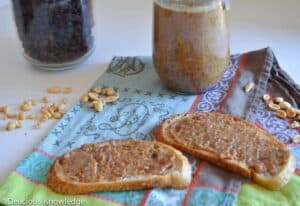 Spread on toast, apples, or just eat it by the spoonful!

Have you ever made your own nut butters before? I hope I’ve convinced you to start! It’s very simple and taste a ton better than store-bought peanut butters.