I am taking full advantage of the unusually chilly nights we’ve been having.

I think I’ve only had apple brown betty once a few years ago as part of a pre-fix dinner menu, and I remember how warm and spiced it was. Exactly what I was craving.

I did a little internet digging and found that apple brown betty is a simple combination of bread, spices, nuts, and apples. Perfect, I can handle that and make it even easier- place it in a slow cooker so it’s ready by the time I’ve prepared and cleaned up dinner. 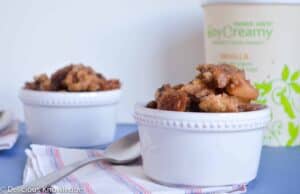 It really couldn’t be easier. Prep your ingredients in less than 10 minutes, place them in your crock pot and it’s ready after dinner! 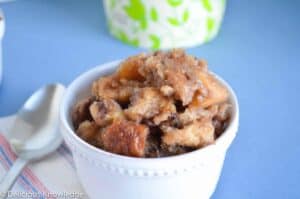 Don’t have a slow-cooker? No worries. Place the ingredients in a casserole dish and bake in the oven. 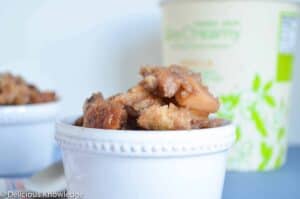 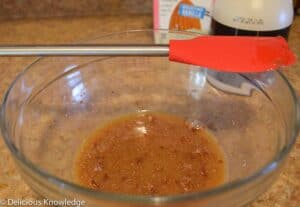 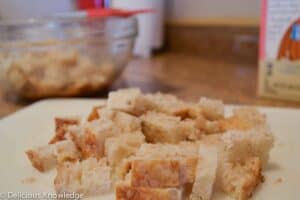 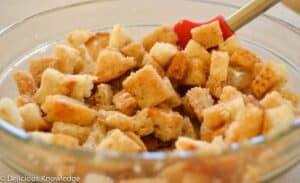 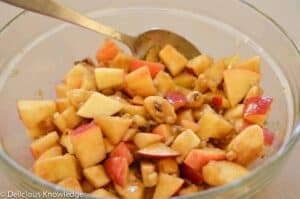 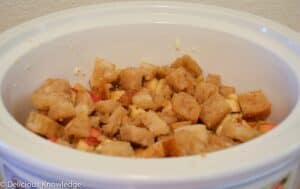 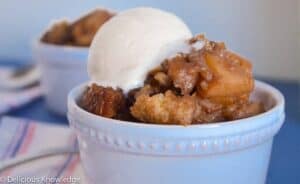 Apple brown betty is a simple combination of bread, spices, nuts, and apples and since this one is made in the slow cooker, it’s perfect even on a busy weeknight!