B12 for Plant-Based Diets

While I may argue that a plant-based diet is one of the healthiest on the planet, especially when it comes to reducing risk of chronic health conditions, it can be low in certain nutrients— specifically B12.

Here’s a complete breakdown of everything you need to know about B12 on a plant-based diet, including supplementation recommendations.

Do plant-based diets require B12 supplementation?

There seems to be a notion in the plant-based community that a natural diet doesn’t require supplementation and therefore, you don’t need to worry about B12.

No, no, no. This statement is not only wrong, it’s also potentially harmful. Inadequate B12 intake can lead to both mild and overt symptoms, including blindness, deafness and dementia at the most extreme and fatigue and tingling of the hands as a more mild indication.

As vitamin B12 is needed to help red blood cells divide, not getting enough can cause macrocytic anemia, a type of anemia where the blood cells are unusually large and contain low levels of hemoglobin. Hence– the symptoms of B12 deficiency can also look like iron-deficiency.

B12 deficiency (as well as folate and b6 deficiency) also causes an increase in homocysteine, and high levels of that amino acid are linked with increased risk of heart disease, dementia and stroke.

Studies have shown that vegans who didn’t supplement with b12 had unusually high levels of homocysteine, but those who did supplement had homocysteine levels within normal ranges. Additionally, the infamous Rotterdam study showed that those with low B12 (and/or folate) levels had increased levels of depression.

So– knowing all that, the fact that B12 supplementation is debated is beyond me. There’s enough enough credible evidence that because of the way soil nutrients have been depleted over the past few decades, many adults would benefit from a b12 supplement boost. But, more on that later.

The bottom line? If you eat plant-based or mostly-plant based then you need to be taking a B12 supplement.

How much Vitamin B12 do you need?

This isn’t an easy answer. There are many factors to consider when it comes to B12 supplementation, including the type of B12 you are taking, how much you take, lifestyle status and more. It’s why the literature for B12 supplementation is ALL over the place and why experts have varying recommendations of what levels they recommend.

It’s not because anyone is wrong, it’s because there is a lot of conflicting information to sort through. It’s also why it’s likely better to err on the side of too much B12 than too little– and why you will see that most supplements contain much, much more B12 than the RDA.

My Plant-Based Juniors partner Whitney English spent weeks and weeks digging into the literature on B12 recommendations for kids for our upcoming book, including speaking to several B12 research experts and leading plant-based doctors. It may come as no surprise that even their recommendations varied. So, you may see conflicting numbers depending on what studies the recommendations are based on.

I’ve based a lot of my B12 supplementation recommendations based on the extensive work done by fellow dietitian Jack Norris. He’s my go-to reference when it comes to understanding B12 and his review of the literature is unmatched by anyone I’ve seen. If you really want to understand B12, then I highly recommend clearing your afternoon, pouring yourself a cup of coffee and going down his B12 rabbit hole.

For adults 14 to 64, the RDA 2.4µg per day. However, you need much higher levels of B12 in supplementation to meet those needs as absorption rates drop significantly from higher doses of supplements vs. food. Therefore, the recommendation is to either take 2.0-3.5µg twice a day, 25-100µg once a day or 1000µg weekly.

Again, these are rough estimates so don’t stress if your B12 supplement contains more than this. As it’s a water soluble vitamin, there is very little downside in consuming too much. There’s also some evidence that the RDA recommendation is too low.

For those over 65, the recommendations increase quite a bit. Though the RDA only bumps up to 2.6µg per day, the supplementation recommendation is 500-1000µg once a day. That is because B12 absorption is a highly complex process that often becomes less efficient with age. B12 absorption requires a protein called Intrinsic Factor, and age can affect how much B12 is absorbed, especially from food sources. Heads up that this is true for all eaters– plant-based or not and why I typically recommend a B12 supplementation for most everyone over 65. Those with small bowel disorders, or gastric surgery (like gastric bypass surgery) should also take B12. There’s also some evidence that some individuals on metformin medication should be taking B12 so if you’re on this, it’s a good idea to discuss with your doctor. 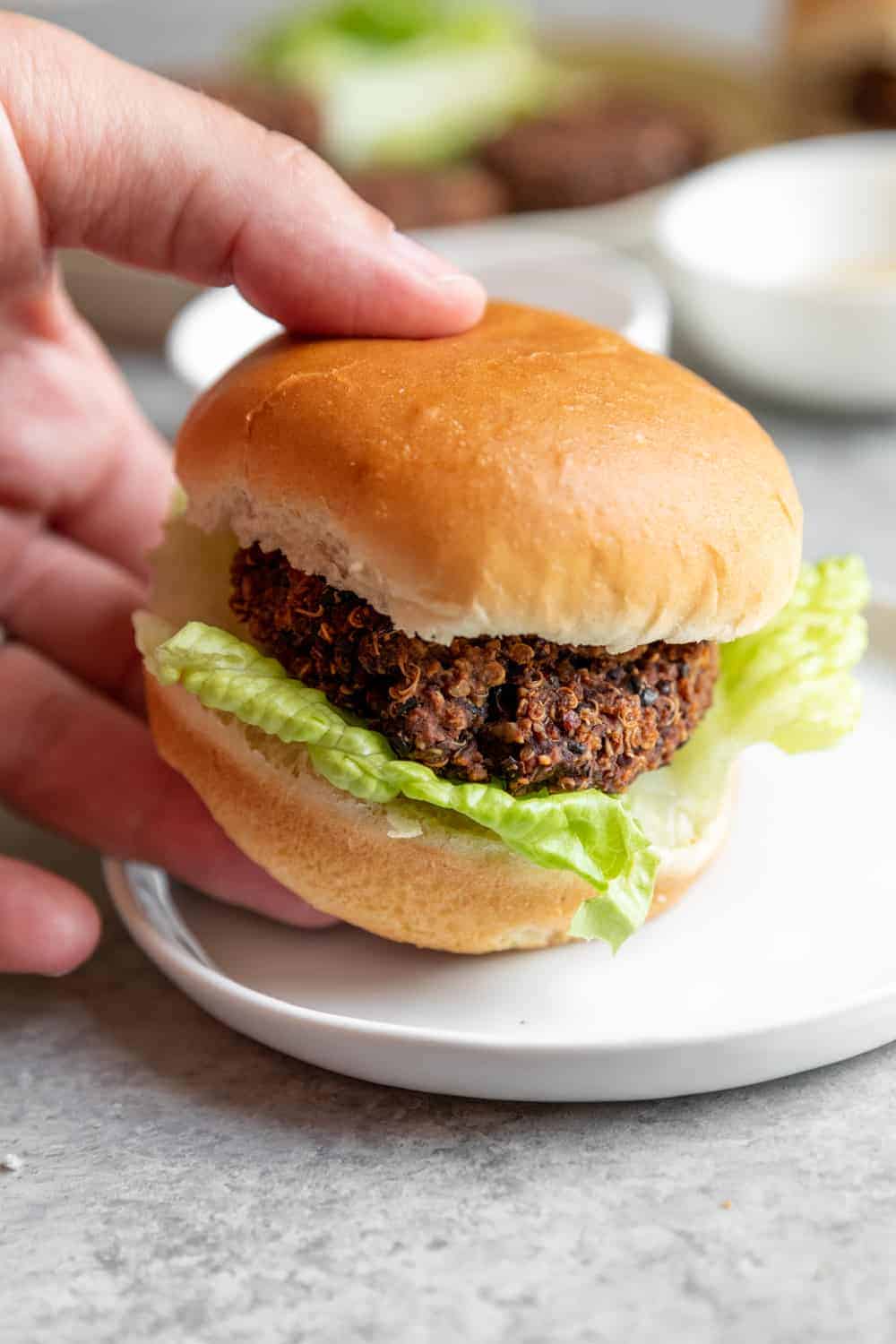 Can you get B12 in plant-based foods?

B12 isn’t naturally found in any reliable way in plant-based foods. I’ve seen many arguments on social media and other wellness blogs where people claim that you can get enough b12 by eating organic produce, fermented soy products or mushrooms. Unfortunately, that’s not the case.

While these foods may contain very small levels of inactive B12 analogs (not the same as B12) and even smaller amounts of active b12 analogs, they shouldn’t be used as reliable sources of B12 in the diet. If you’re interested in reading more, I recommend this overview of the literature that focuses on various fermented foods and plant-foods and whether they have been able to alter b12 status.

You can, however, get B12 through fortified foods– things like non-dairy milk, some brands of nutritional yeast, and other fortified plant-based foods. As the added b12 is not bound to protein (like in animal-based foods), it’s easier to absorb and theoretically, you could get get enough b12 from fortified foods alone as long as you are eating enough of them every day.

Though, I will say that I don’t like relying on fortified foods as my only b12 source as my diet changes from day to day. Even foods I love (like nooch), I don’t eat in a reliable way every day.

If you’re using fortified foods for your B12 source, then you’ll want to aim for 6-10 µg/day as those levels are associated with better b12 absorption, especially in older populations. However, the Institute of Medicine shows that two doses of fortified b12 eaten 4-6 hours apart will also do. That looks like at least 2 servings of 2µg of fortified b12 foods per day. 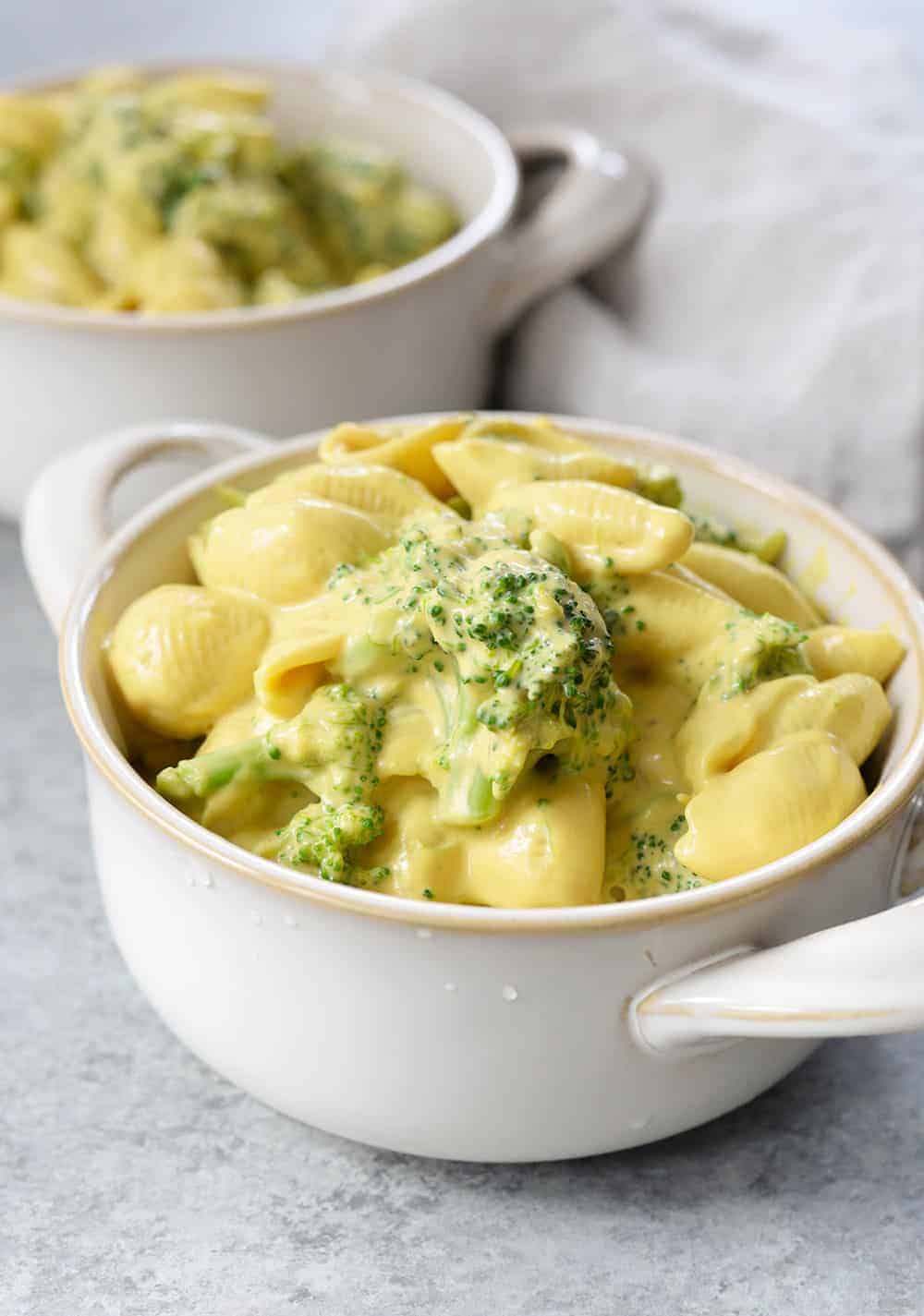 What to look for in B12 Supplements

Personally, I think it’s just easier to take a b12 supplement then to worry about fortified foods. Of course, the downside of any supplement recommendation is the cost– but as B12 is an inexpensive molecule, b12 supplementation is usually fairly affordable on it’s own or coupled in a multivitamin.

As I mentioned above, how much B12 is needed per individual is hard to calculate as there are so many factors that go into how much someone can absorb.

Most people who take 50µg per day or 1000µg twice a week is enough to maintain b12 status. Though, if you’ve been diagnosed with any type of b12 deficiency, or your numbers are on the lower end (or it’s been a while since you’ve had any reliable b12) then it’s recommended to take 1000µg daily to help elevate levels.

I’m partial to HUM Nutrition’s B12 supplement. As longtime readers know, I’ve been a HUM dietitian for over 7 years and have great trust in their products. Their B12 turbo supplement contains 1000mcg (same as 1000µg) in each tablet, along with a small dose of calcium. It’s also $10 for a 30 tablets, which makes it a cost effective option for almost everyone.

B12 Turbo is vegan, and like all HUM products contains no artificial colors, flavors or preservatives. None of the products sold by HUM Nutrition (or finished products) have been tested on animals, which is something that is very important to me in any beauty or supplement brand.

I also really like that HUM offers the ability to take a free 3-minute quiz on their website to help you figure out what products are right for you. As a dietitian who helped shape that quiz and has reviewed thousands and thousands of results, I really like that it helps take out some of the guesswork when it comes to what supplements are right for you.

Phew. I know that’s a LOT of information on B12. As someone who is very passionate about getting more people to eat more plants (and therefore, less animal foods) I think it’s really important to have a good understanding about B12, how much we need and where we can get it from.

Bottom line? B12 is one nutrient I prefer to get from supplements and think that’s the case for most plant-based eaters. While it is possible to get in fortified foods, you need to be more diligent about making sure you have at least two sources every single day, which can be daunting depending on your dietary preferences.

Have questions about B12? Ask away in the comments below!