By Alexandra Caspero on September 8, 2015
Jump to Recipe·Print Recipe 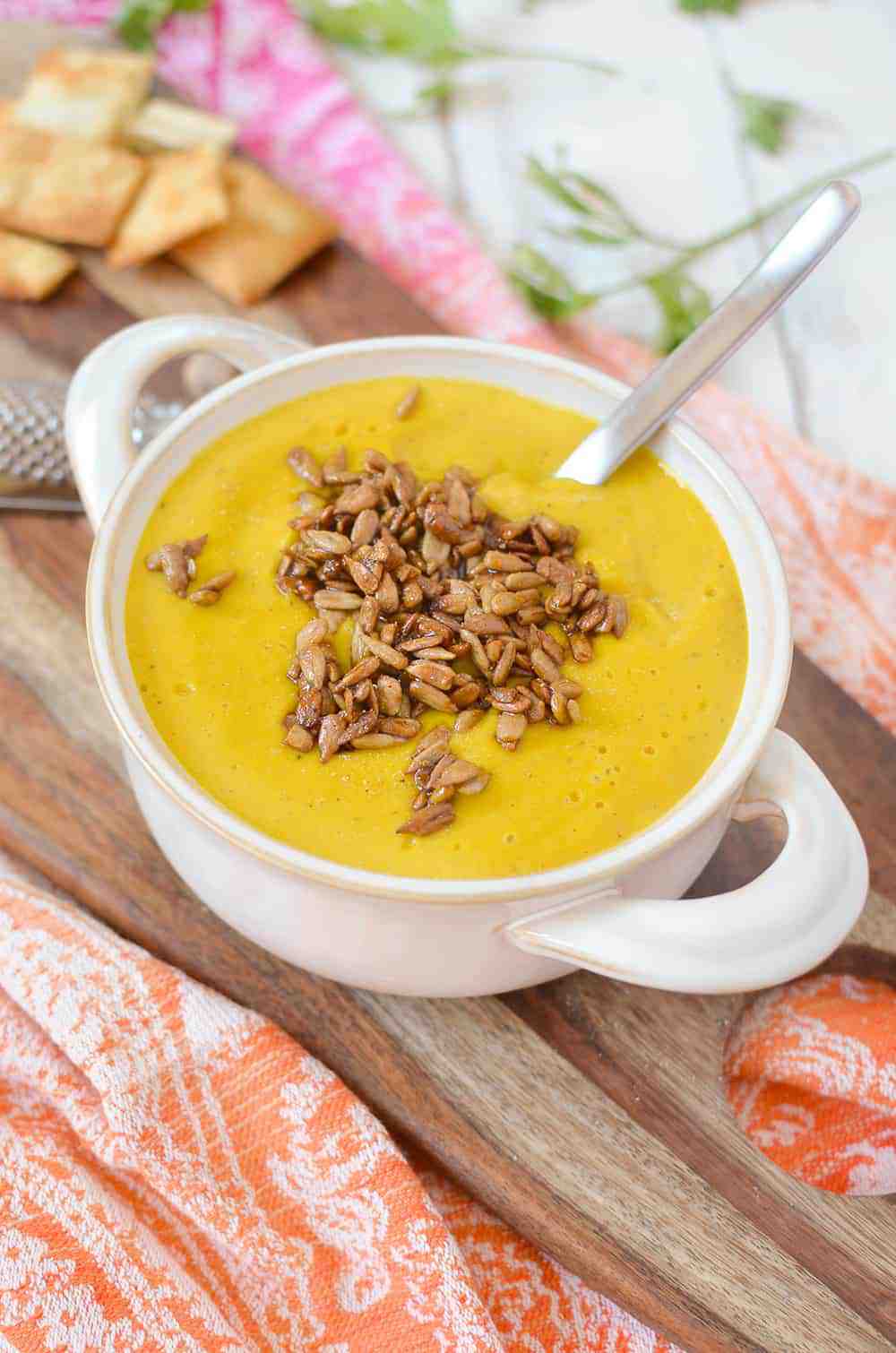 For almost all of my life, labor day weekend has been the decisive end point for summer and the beginning of the fall season. Obviously this was true for grade school, high school and then college, but as someone who loves the lazier days of June, July and August, I went for keeps. After college I headed straight to grad school, then RD school and then spent the last 7 years as the Wellness Director for a University in California. Labor day weekend used to mark the frenzied back to school rush and longer work days from now until holiday break.

Used to.  As of a week ago, I am officially 100% self-employed which is crazy beyond crazy. I’ve been working for a long time to make this happen but the fact that it’s actually here has me both terrified and giddy at the same time. This time around, I’ve been looking forward to Labor Day weekend for months, knowing that it symbolized the end of my previous work and the beginning of a new professional chapter. 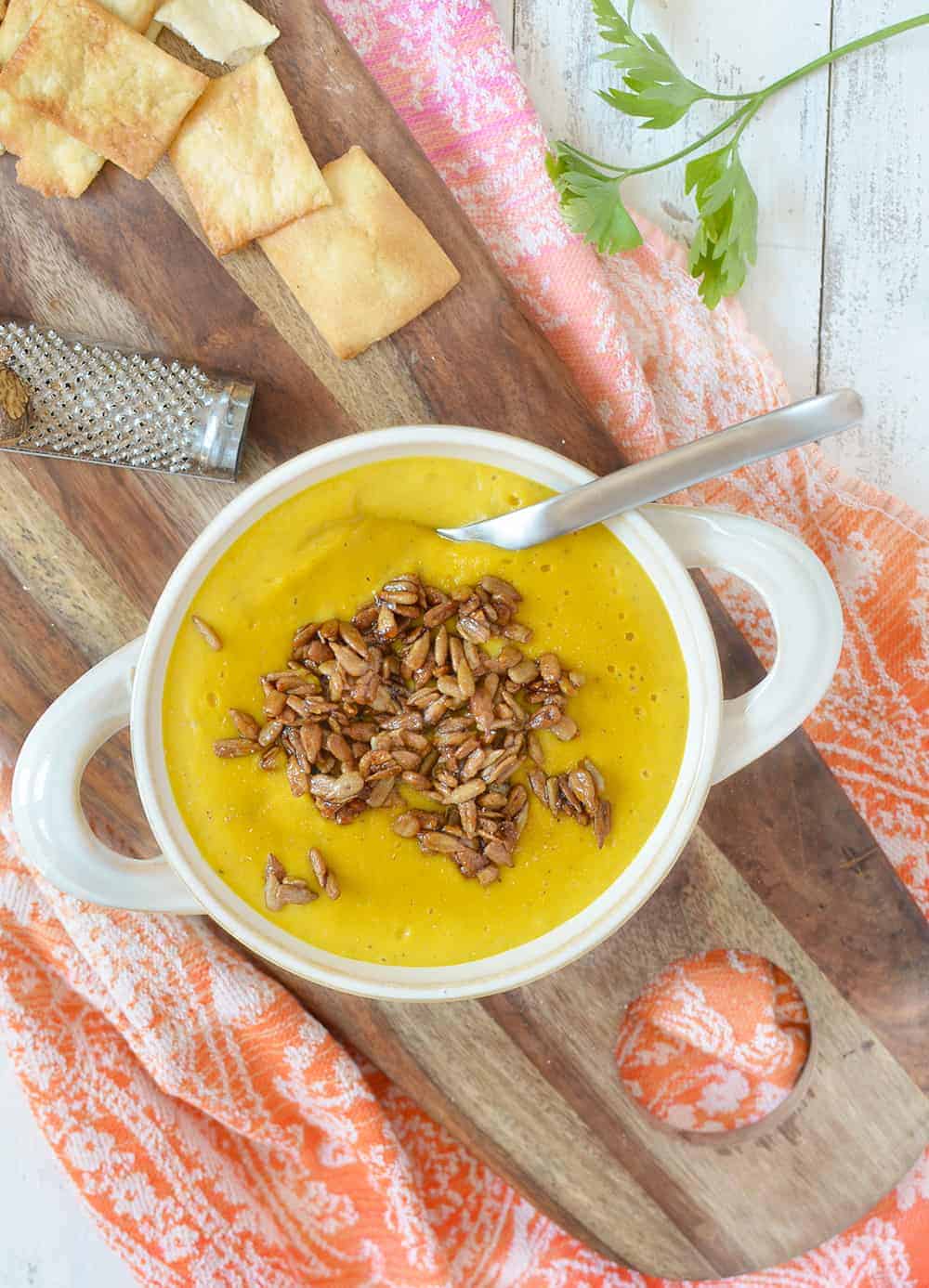 I’m leaning into the season with this Ginger Apple Butternut Soup.

Even though I am ALL in for Fall this year, I still need to ease into the idea that I won’t be eating juicy strawberries for snacks and that tomatoes won’t taste great again until at least June of next year. Tragedies in their own right, but quickly forgiven when I know that I get to roast vegetables without sweating myself out of the kitchen and fall back in love with my favorite produce: brussels sprouts, pears and butternut squash. 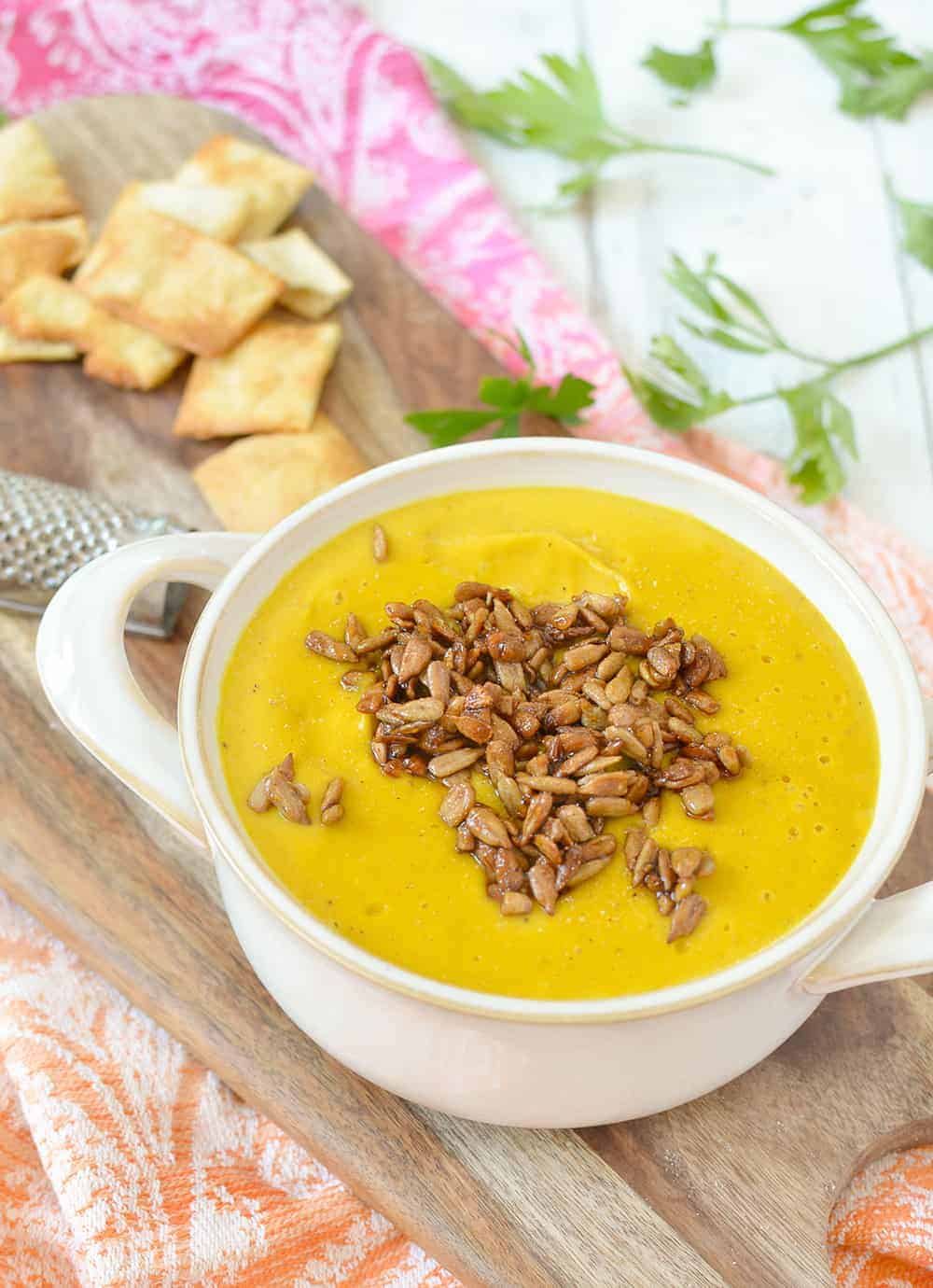 I saw the first peak that the seasons were changing in the grocery store last week, a fresh display of acorn squash and butternut squash replacing where the peach bin had previously been kept. Even though I sweared off the idea that I wasn’t going to touch squash until October, I gave in at the idea of this silky, smooth soup.

A quick roast of butternut, apple, garlic and onion pureed with fresh ginger and coconut milk. This isn’t the soup that needs to simmer for hours upon end; it’s ready from start to finish in less than 1 hour.

While it’s great on it’s own, I decided to top it with a sunflower seed brittle for a fun contrast of textures. Grab your silpat, mix a smidge of oil and maple syrup with raw sunflower seeds and then bake until toasted. As it cools, the seeds will clump together to make brittle. 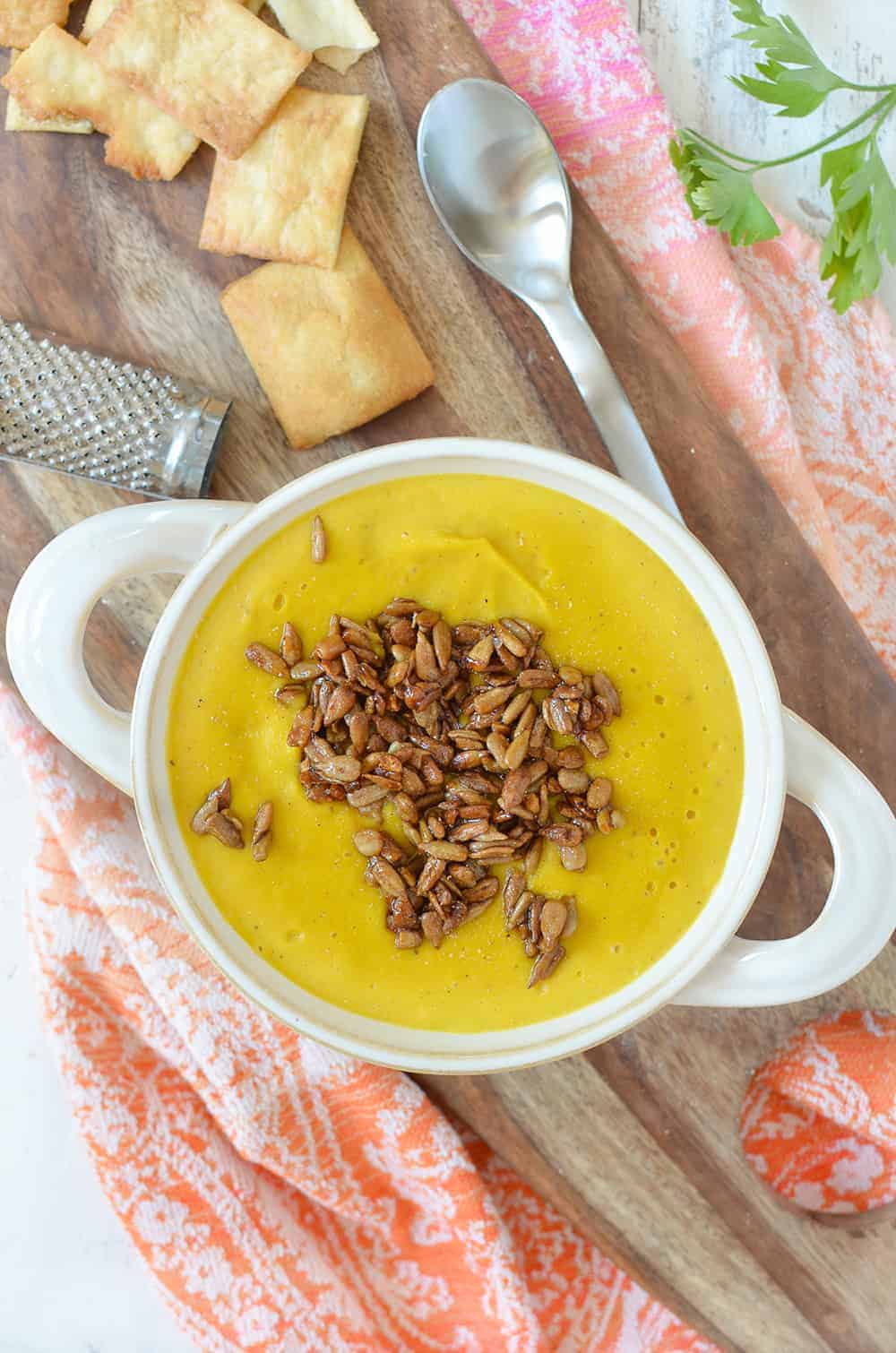 One hearty bowl of this soup and you’ll know that  Fall is coming.