My diet story; we’ve all got one, don’t we? At least those of us fortunate enough to be able to restrict and choose food as a choice.

I’ve been thinking a lot about my path over the last few weeks, most recently after a conversation with a fellow intuitive eating RD who lamented the fact that she didn’t understand how I could promote a plant-based diet to my clientele. Which, sadly, is a fact that is so dominate in the non-diet/intuitive eating/eating disorder world, it’s suspicious to talk against it. Years ago, after graduating grad school, I was not offered a job at an inpatient facility based on my diet choices alone. I was told that while they thought I would be great at the position, they felt like my choice of being a vegetarian would be triggering for some patients.

So many thoughts race through my mind when these two topics come up; I feel a sudden, urgent need to talk about it. And, in that, comes my own story. About failure, imperfection and how a plant-based diet changed my life.

I come from a family of fairly healthy eaters; my parents are both European (one Danish, one Italian) so food is our life-blood. The kitchen is the soul of the home, and we gathered there more than any other room in the house. I have such fond memories of coming from school, throwing my books across the kitchen table and pulling a chair up to the counter to help my mom with dinner. I know this is where my love for food comes from; I was born into it.

While my mom was on so many different diets growing up, food was usually cast in a positive light. We ate relatively normal, though more vegetable-based than my friends. My mom was aware of including lots of vegetables, including both a side and salad at almost every meal. My dad is a big hunter and fisherman, so most of our meat options came from his catches. I have visceral memories of deer, turkey and the fish being butchered in our garage. While it may have made me popular with the boys in the neighborhood who were dying for a glimpse, it planted a very real image of where meat came from at an early age.  It took a while to seep in, but eventually, it did.

The first time I announced I was a vegetarian was high-school. I’m fairly certain I had no idea what a vegetarian was, I just knew that I didn’t like lunch meat and wanted a different option for my school lunch. I invented the weirdest combos to try to weasel my way out of turkey, the most common was wheat bread topped with strawberry jelly and raw oatmeal. I think I ate that with a side of french fries from the school cafeteria for most of Junior and Senior year.

Then, college. Vegetarianism was out and the all-you-can-eat-buffet was in. I fell back into eating hamburgers, pepperoni on midnight pizzas and chicken nuggets. I don’t remember what the transition was, but it wasn’t an event. My friends were eating meat and suddenly, I was too.

Things fell apart sophomore year; a coupling of a tragic breakup and not being able to find my way out of it. My sadness was at an all time high, comforted only with self-destructive behavior. Eating became less and less of a priority, and I quickly dropped 15 pounds in the first few months. Naturally, everyone freaked out. My mom and my work manager threatened me with anything they could think of, and my friends began to comment on how thin I looked.

It’s easy to look at that time and classify it as an eating disorder, but that’s not how I remember it. I wasn’t eating because I was scared of food or wanted to lose weight; I wanted to punish and hurt myself in the process. Thankfully, as time heals all wounds, I bounced out of that phase months later and regained my purpose, worth and appetite in the process. I’ve got so much love for that 19 year old and I hold a kind and understanding space for her; pain has many faces and that was mine.

Fast forward to another year and another breakup (That’s college in a nutshell, right?). This time, as I lay crying in my friends bed, she gave me a copy of Diet for a Small Planet. I have no idea why this was recommended reading during this time, but it clicked. I read it cover to cover and proudly announced that I was going to be a vegan.

No one believed me. My mom swore it was a phase and rolled her eyes anytime I reminded her that I didn’t eat animal products. Which, I didn’t. For a while. I felt truly alive on this diet; I had zero health complaints and I felt like finally, my actions aligned with my beliefs. I was honoring that 6-year-old girl in the garage, bawling over the deer that was being hung by it’s legs. I was honoring what I knew about the sadness of factory farming and environmental destruction and loved that I didn’t need to be part of it. I started a blog (!) sharing my favorite animal-free recipes and things were going pretty great.

Until, I started sneaking bits of cheese. Then yogurt. Then eggs. I wanted these foods so badly and felt like a fraud that I was eating them behind closed doors. I had spent a long time being proud in my diet and wrestled for a while about what these cravings meant. By now, I had completed graduate school and been working as an intuitive dietitian for a bit. I knew the heaviness in my decision and what it meant for my mental health, so I dropped the label.

Today, I’m a plant-based maven. Plant-based doesn’t mean the absence of, it’s the inclusion of and that’s why I feel so good using it. I eat plants! A shit-ton of plants! And sometimes I eat cheese. Somedays I’ll have an egg burrito and it’s all OK. I choose food that makes me feel good and I honor my body. I haven’t had a craving for meat since that second turn and don’t anticipate that I ever will. Of course, if one day I wake up and can’t imagine life without it, then I’ll have to address that need then.

To me, eating this way is such a positive place of being, even if I had a few set-backs in getting here. Eating plants is the most nourishing thing we can give to our bodies; the association between a plant-based diet and longevity, a decrease in chronic disease, and the health of the planet is as strong as we’ve got.

This is the beauty in the term plant-based; it doesn’t discriminate and it’s inclusive to all. It says, hey! Let’s fill our bodies with more plant-foods. That’s my mission. I don’t care what the rest of your plate looks like, but I think we could all benefit from more vegetables, fruits and legumes.

Intuitive eating is about choosing what foods feel best to you, regardless of labels, rules and sometimes, nutrition. As long as your reason for choosing a pattern of eating feels authentic to you and your beliefs, you can have it both ways. 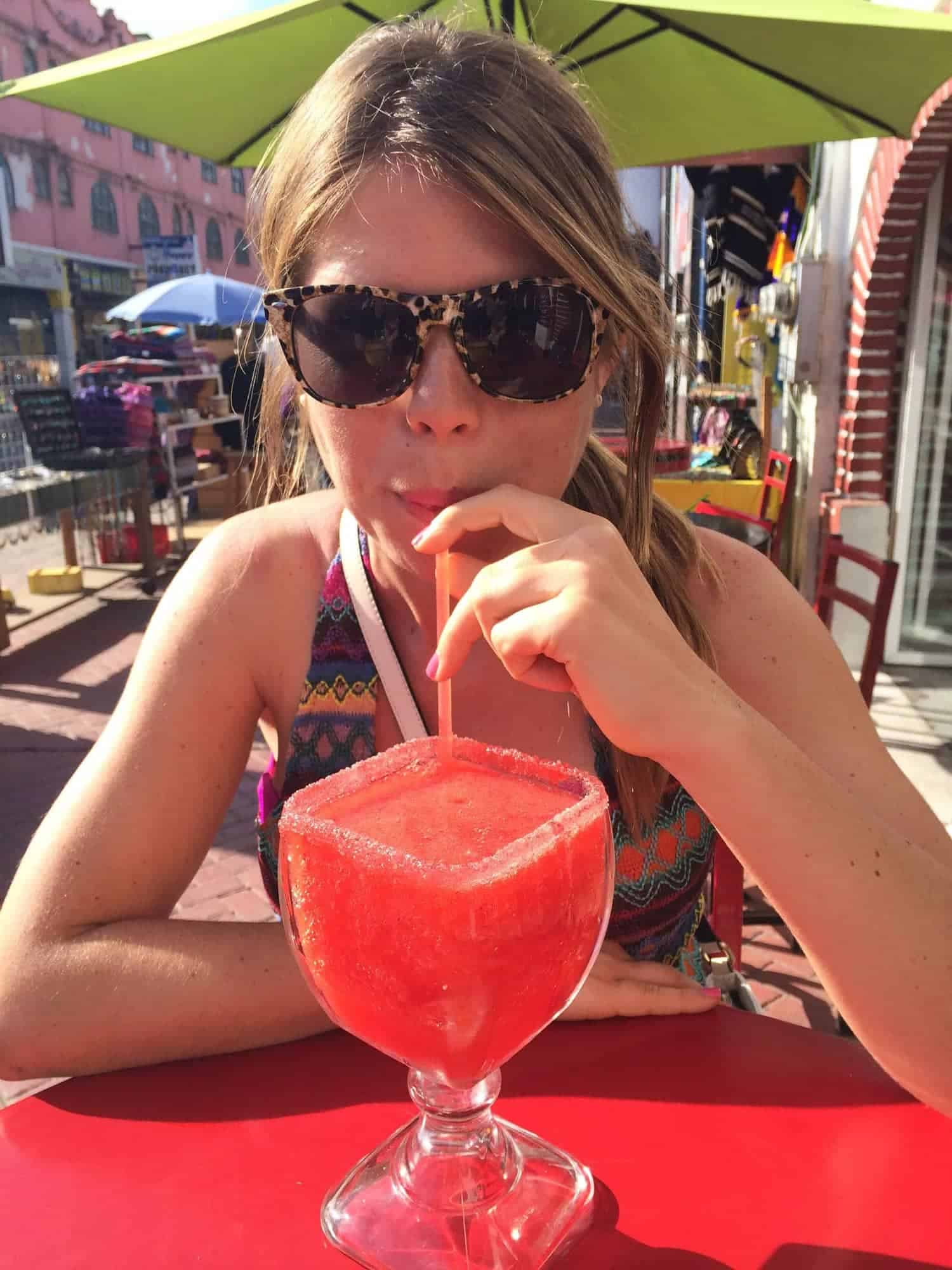 P.S.- In the next few weeks, I’m tackling the topic of intuitive eating and eating healthy.