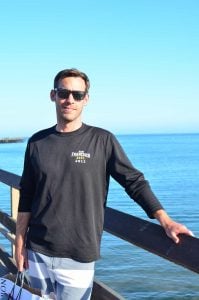 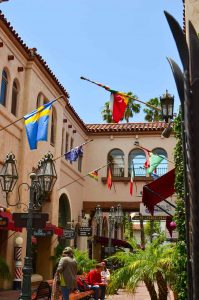 By now, you likely know that in a few short weeks BL and I will be leaving the West Coast behind and making St. Louis, MO our new home!?! While I knew that we wouldn’t be in California forever, when BL broke the news of a job opportunity in the Midwest, I was a little apprehensive about leaving.

Mostly because of the 360 days of sunshine per year, endless Mexican food, and being able to order vegetarian food at just about every restaurant we visit. Also, my closet resembles more ‘Miami vacation’ than Missouri living- I’m gonna need a real winter coat and boots, stat.

To gear up for the next phase of our lives we decided to hit the road and soak up as much as we could, exploring our favorite beach town and dipping our feet in the Pacific Ocean one last time- for now anyways.

Santa Barbara- we came, we saw, we conquered. Or, more realistically, we came, we ate, we drank, we shopped. Like, a lot. As I was editing these photos for this post it became abundantly clear that we spent quite a bit of time hopping from one restaurant to the next. And by “we” I mean “I”, dragging my sweet and willing husband to every 4-star place I can find on Yelp. Isn’t marriage the best? We also celebrated our first year of marriage this past weekend, which felt like the perfect reminder that even though we were ending this California chapter, we have a lot of future/open doors in front of us. 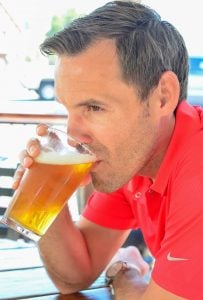 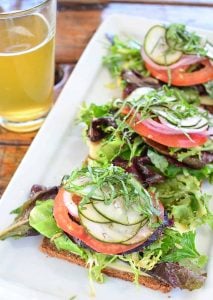 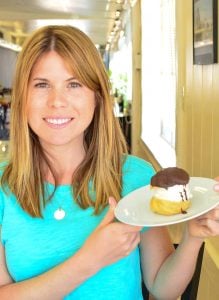 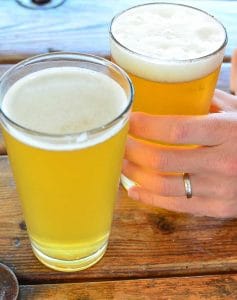 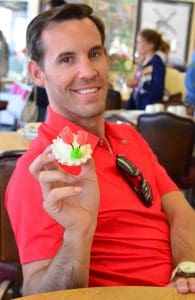 It’s crazy to believe that I’ve lived in California for 8 years! 8! I was only supposed to be here for 2.  Nothing more than a quick stint for graduate school and then back to Virginia I go. Until of course, I met a boy.  Then I fell head over heels in love with him and got married. I feel really lucky that I was able to spend the majority of my 20s in this place. California is so, so great. I’m also thankful that we’ve traveled up and down the coast several times, from San Diego to Mendocino–hiking, eating and drinking our way through just about every city in between.

To me, Santa Barbara is one of the most underrated cities in California. Sure, LA is wild, hip and fun and Malibu is dreamy, but SB is the kinda town I wanna live in- or at least visit on a yearly basis. All in favor of making this our new anniversary destination say I (ahem, BL, that was mostly for you). 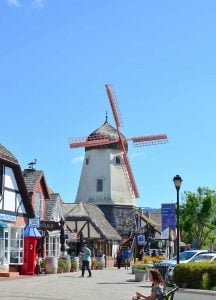 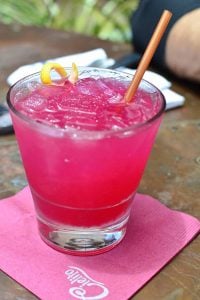 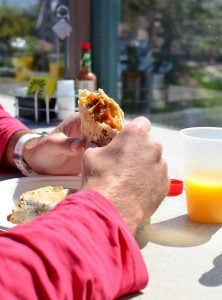 Well, we Airbnb’d it- again. Seriously, since the invention of Airbnb we are able to travel so much more than we used to. Because really, what’s the most expensive part of travel? Airfare and hotel? Don’t get me wrong, I love a really swanky hotel, but I also know that the more upscale hotels I stay in, the less I get to travel. And since I would prefer to travel most days than not, I stick with Airbnb’s where I can.

We rented a little studio right off State Street which was perfect for the goals of this trip —> relax, relax, eat, drink, relax. 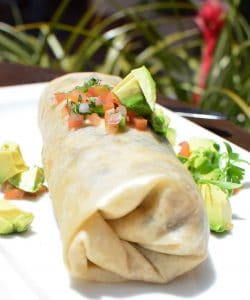 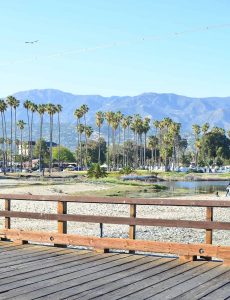 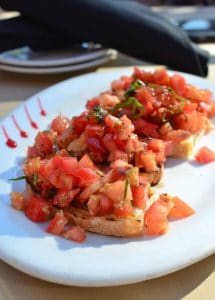 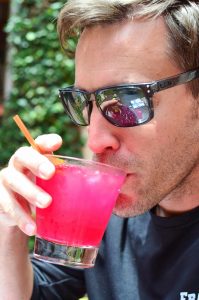 Highlights of where we ate:

How did one travel before the internet/Yelp? BL and I divvy up our roles pretty well.  He finds us a fun happy hour for cocktails and appetizers, and I look up all the reviews & menus in order to decide where to head for dinner.

Since we both have a full-on love affair with Mexican food,  we ate a lot of tacos, burritos, and everything in between. Thankfully, Santa Barbara delivered:

East Beach Grill: Fun morning activity! Run along the beach from the pier to east beach and have breakfast/coffee at this darling coastal grill.

Beach House Tacos: We took a road-trip down to Ventura for a morning on the pier in the form of breakfast tacos & coffee. Best views and worth the 30 minute drive south.

Solvang Brewing Company: I am obsessed with anything Danish so no trip to Santa Barbara is complete without a pit stop through Solvang. Carlsberg + Smorrebrod (open-faced sandwiches) and all is right in the world.

SandBar Mexican: BL is attracted to mood lighting and ambiance the way moths are attracted to a flame. If it looks hip and chic, I can almost guarantee we are stopping there. We hung out in this open-air restaurant a few times for tequila + fajitas.

Enterprise Fish Company: AMAZING happy hour. After spending the afternoon on the beach, we ponied up to the bar for happy hour. $4 glass for a pretty decent wine? Sold.

Cielito: The only thing better than good Mexican food is eating said food outside. Missouri, I really hope you have al fresco dining!

Toma: Whenever I think romance, I think Italian food- it probably has something to do with me watching Lady & the Tramp a thousand times as a kid. Either way, I decided on Toma for our anniversary dinner.  A romantic little spot near the beach that lived up to all the reviews. Great service and an amazing wine list.

All that and a few street tacos in between. Have you ever been to Santa Barbara? What’s your favorite California city? 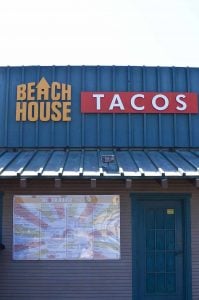 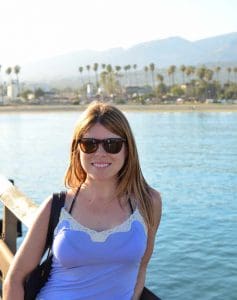 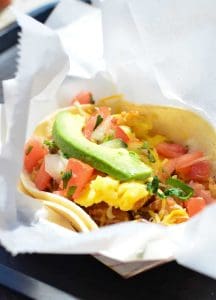 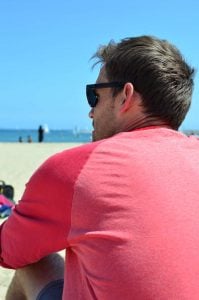