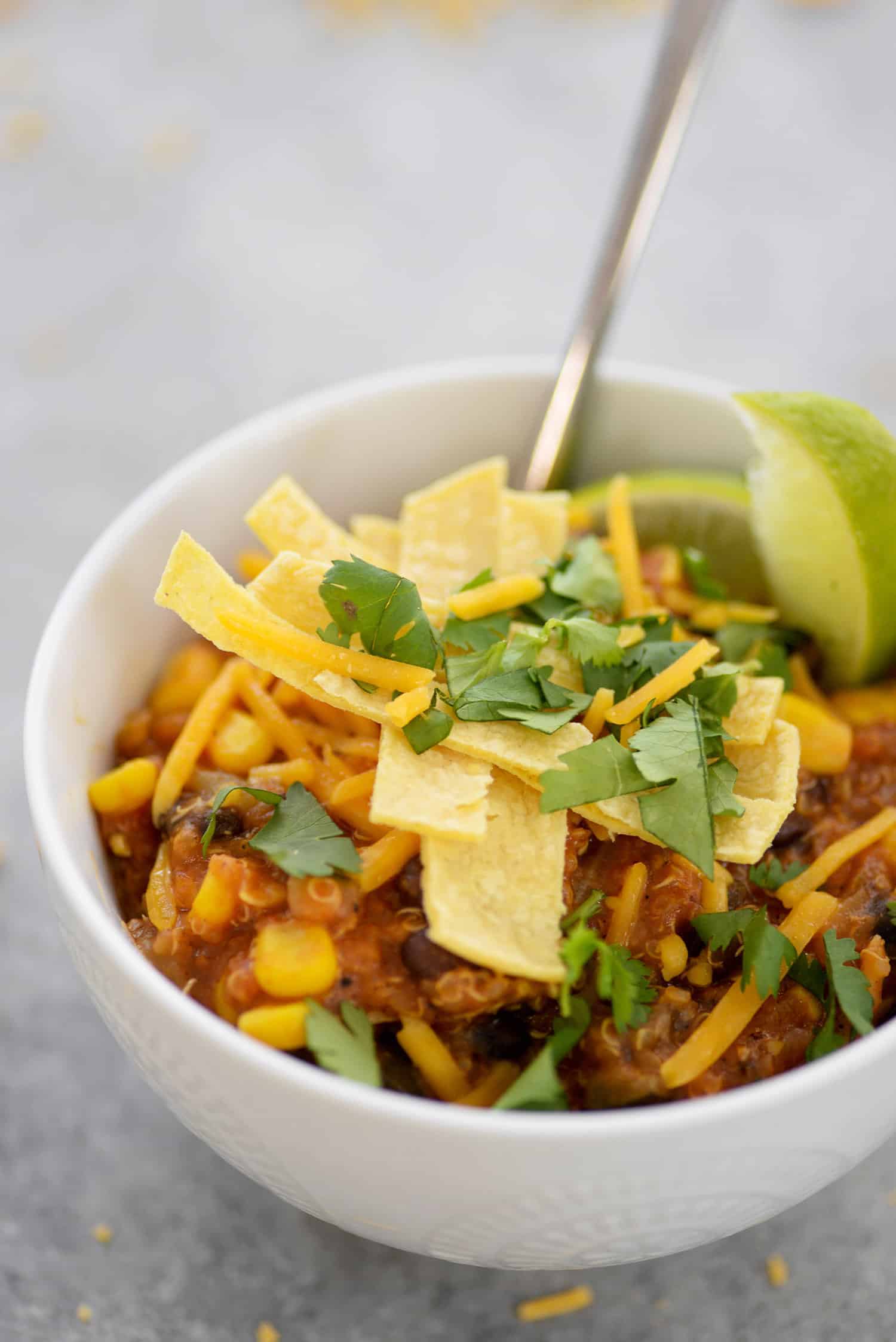 Another weeknight dinner brought to you by the Instant Pot.

What do we call this? It’s got all the flavors of enchiladas, but it’s definitely not enchiladas. No rolling, no filling, no baking. Just throwing all of the ingredients in the pressure cooker and in 25 minutes, dinner is served.

This base is so incredibly delicious, you might decide to eat it straight from the pot. Or, you might decide that you do want enchiladas after all and will use the filling in corn tortillas. That’s the beauty of this meal, it’s completely customizable depending on how you want to eat it.

We did both. A cook once, eat twice approach. Enchilada bowls the first night, then I tucked the leftovers into corn tortillas and baked them with more sauce and cheese the second night. Enchiladas two nights in a row? What could be better?

I’m including my recipe for a homemade enchilada sauce, which I feel really elevates the entire dish. If you’ve found a canned version of enchilada sauce that you like, tell me. I’ve tried so many only to be disappointed in the overall taste. They are either too tomato-y, too bland, or lacking any real flavor.

Mine includes a hefty dose of spices, including a little cinnamon for warmth and depth. I know it’s an extra step for a weeknight meal, but I think the additional ten minutes are worth it. Or, do what I do- triple the sauce recipe, then freeze for whenever you need extra enchilada sauce without the additional effort. 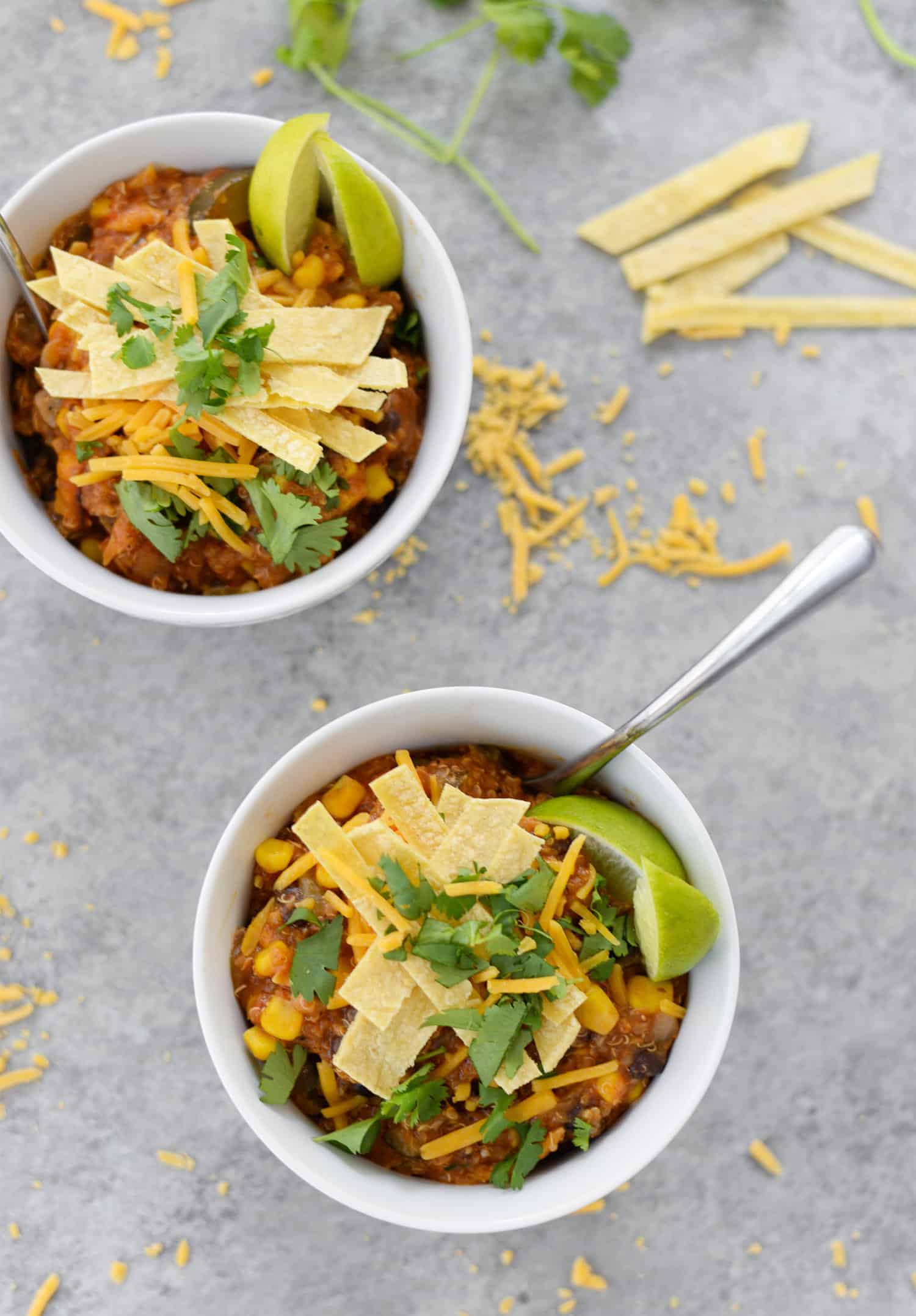 Cook the quinoa in the sauce, then add in the rest of the ingredients after the pressure is released. Adding the beans and corn last will prevent them from turning to mush while pressure cooking.

Right before serving, stir in chopped corn tortillas (if using) and shredded cheddar cheese (if desired.) While I haven’t tried it, I think drizzling in my vegan cheese sauce would be an awesome dairy-free alternative.

That’s it! Super easy, super delicious, everything you could want in a weeknight dinner. 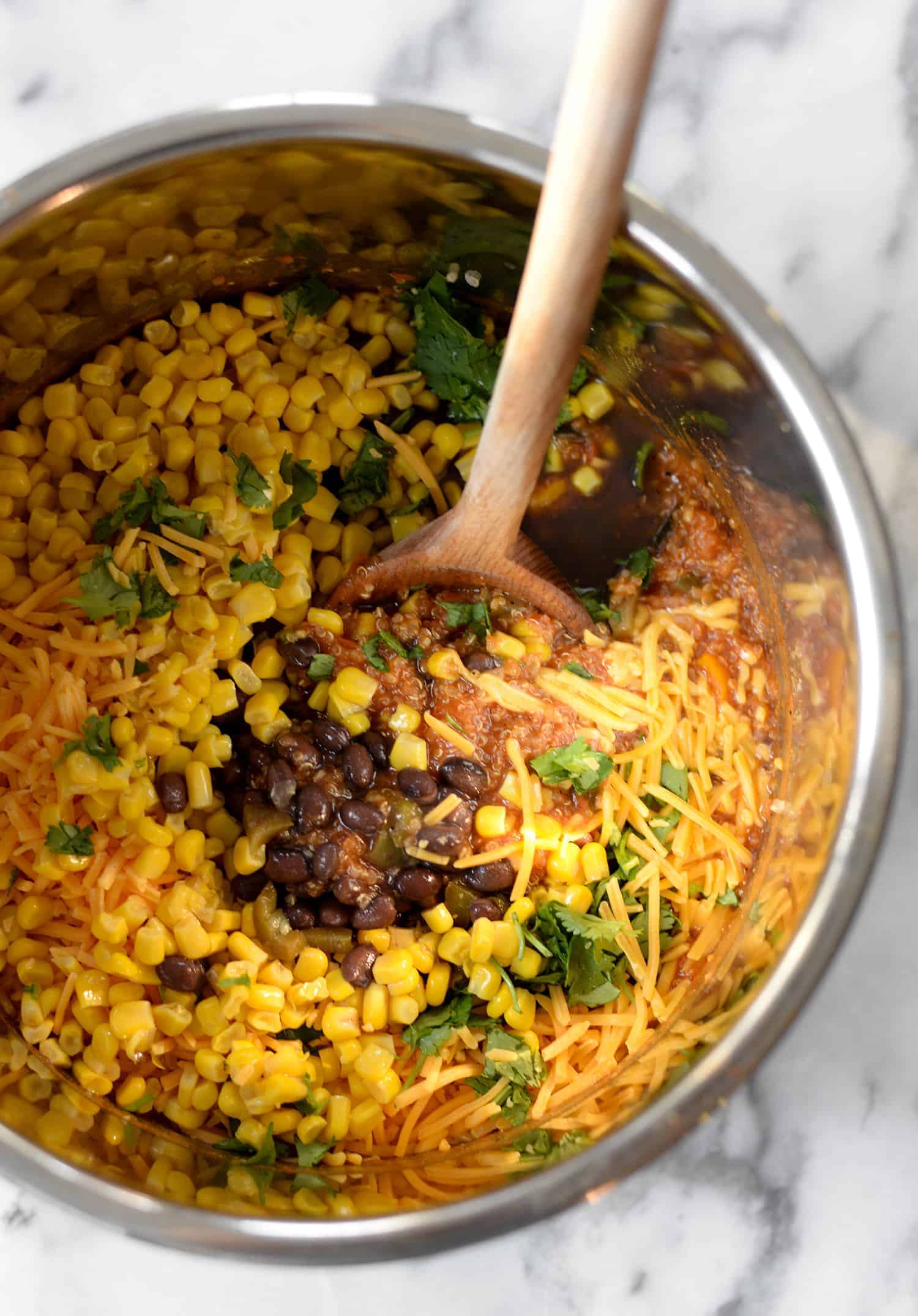 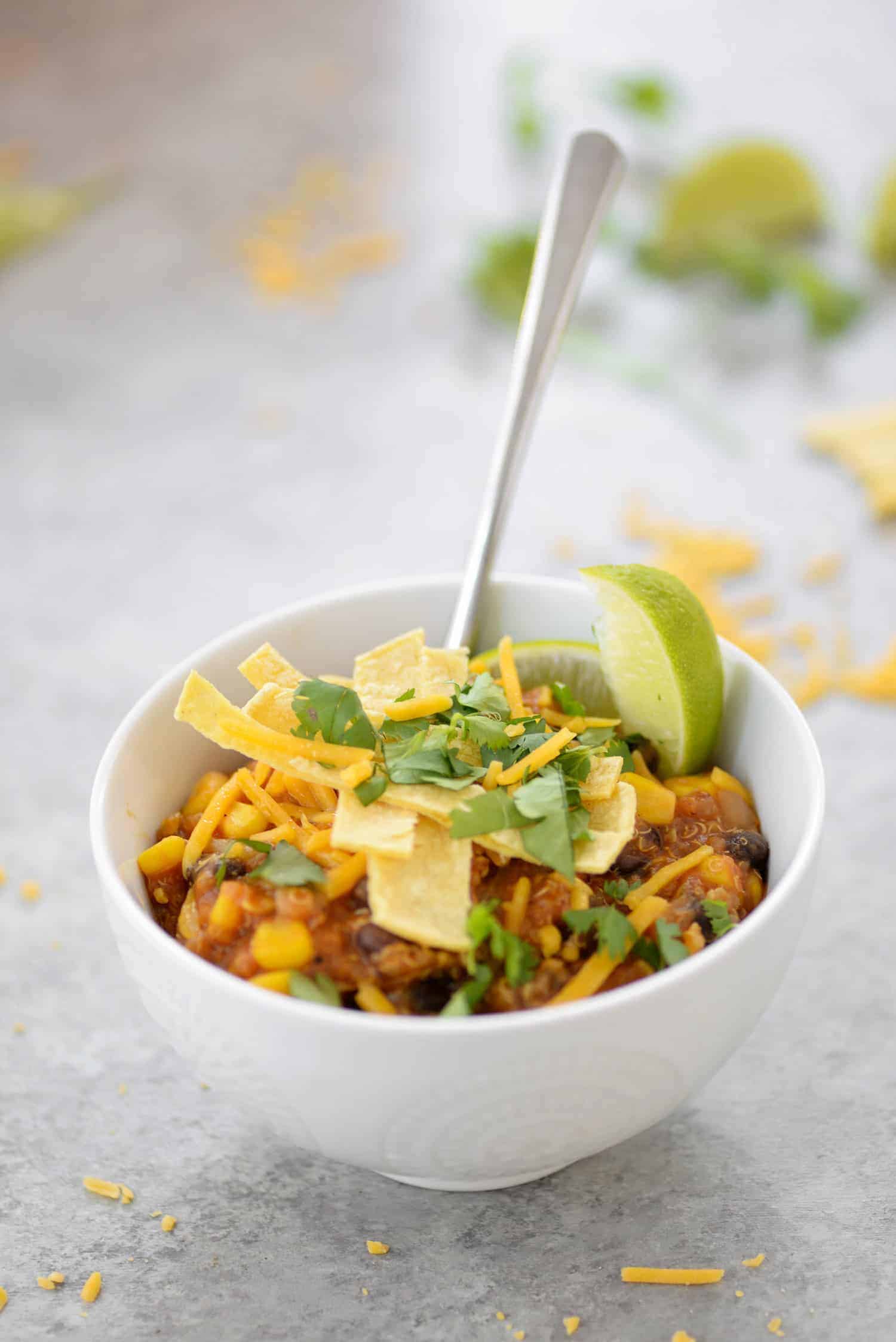 Instant Pot Quinoa Enchiladas! This casserole is a perfect, healthy weeknight meal. Filled with vegetables, beans and quinoa, this recipe has plant-based protein and easily gluten-free. Serve as is or as an enchilada filling. Instructions for slow-cooker in notes!