By Alexandra Caspero on December 31, 2018
Jump to Recipe·Print Recipe

I’ve been baking again! Well, truth be told, I never really stopped. November was filled with muffins, bars, and donuts, and December doesn’t show any signs of slowing down. I’m 90% sure I’ve had flour clinging to my clothes for weeks now.

Cup of tea in hand and Christmas carols on my phone, I’m finding that baking isn’t as tough as I once cracked it up to be. 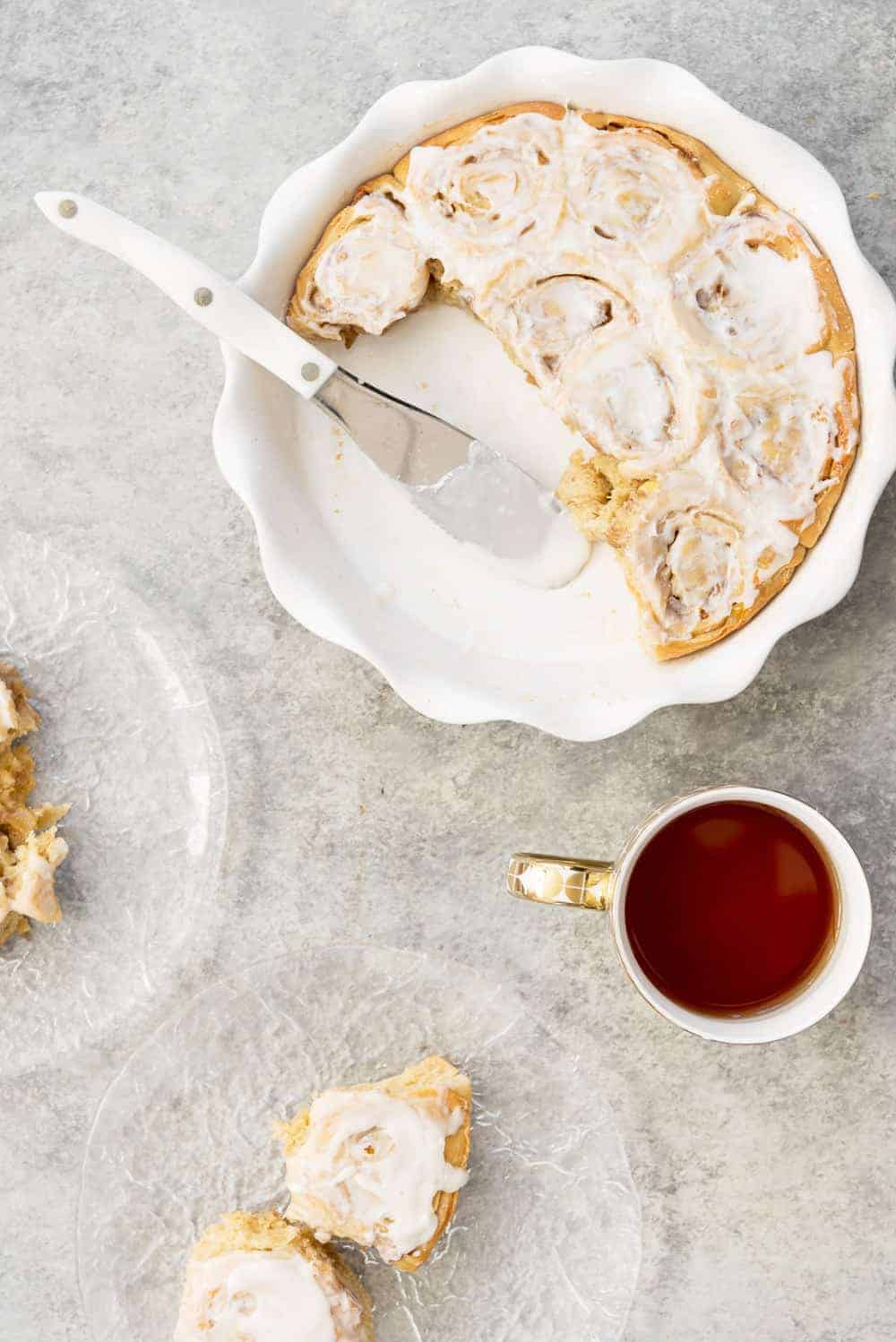 Before this, I’ve made cinnamon rolls exactly once in my life while working as a food service intern in a local elementary school.  Let me just say that having to make 600+ cinnamon rolls in less than 2 hours is enough to turn anyone into a cinnamon roll adversary.

But time can only hold someone away from ooey-gooey cinnamon rolls for so long. Let’s do this!

Since I wanted cinnamon rolls, but not 600 calorie rolls, I began tweaking a basic recipe I found. We cook these gorgeous apples down with a bit of cinnamon, nutmeg, and cardamom to deliver on the apple pie part of these rolls.

Special bonus: Your house will now smell like Cinnabon, which is just icing on the cinnamon roll. 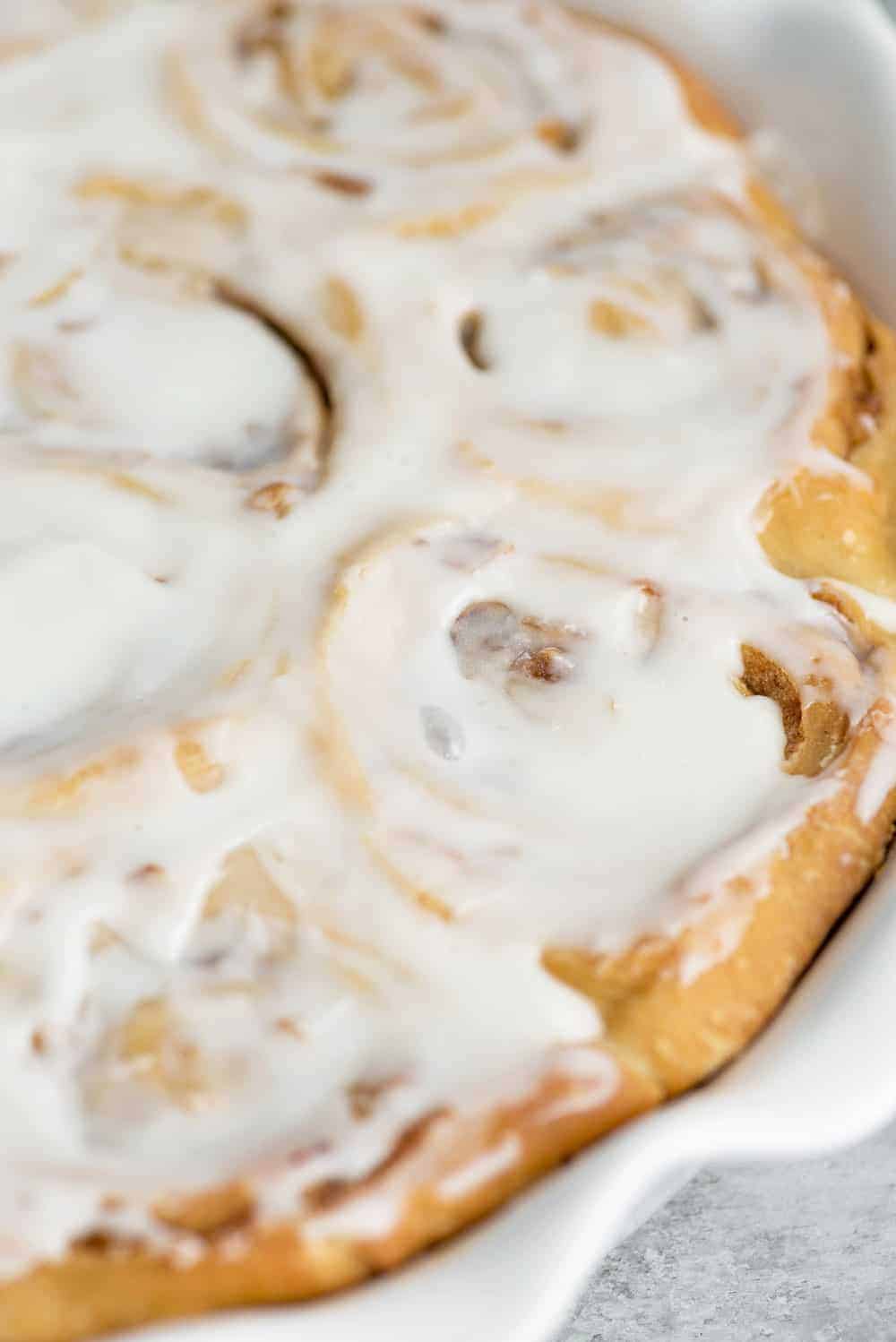 If you haven’t tried your hand at cinnamon rolls before, I assure you they look way harder than they actually are. The hardest thing is waiting for the dough to rise twice! Use this time for a quick coffee walk or sit down and catch up on work. Or, you could stare them down and count the minutes until they are ready to roll like someone I know (cough, ahem, BL).

To make rolling the dough easier, place it on a lightly floured cutting board or pastry board. Just make sure it’s large enough that your dough won’t fall off. To slice, I used a serrated knife to cut through the dough, but I’ve also heard that dental floss works- just make sure it’s the unflavored kind. 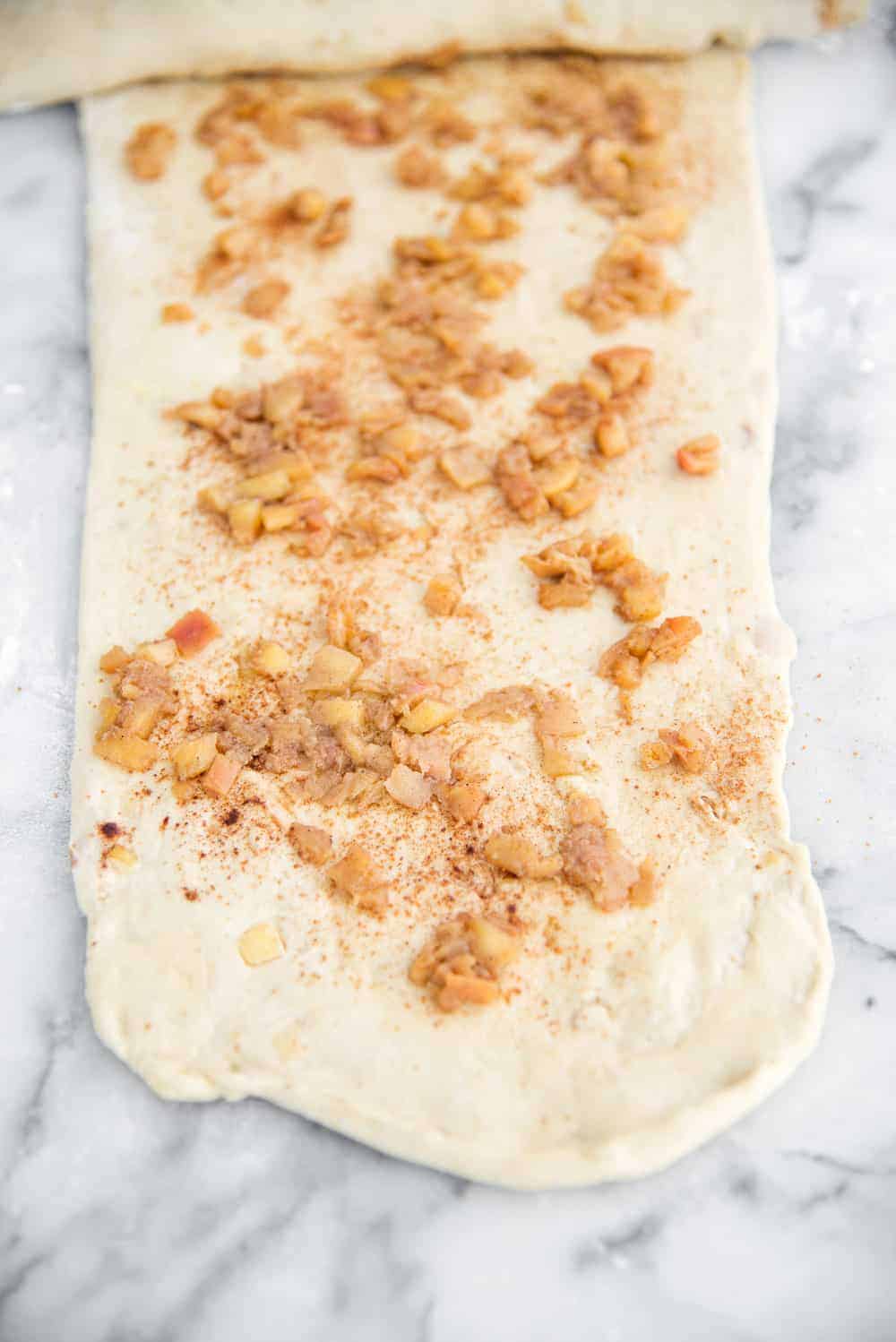 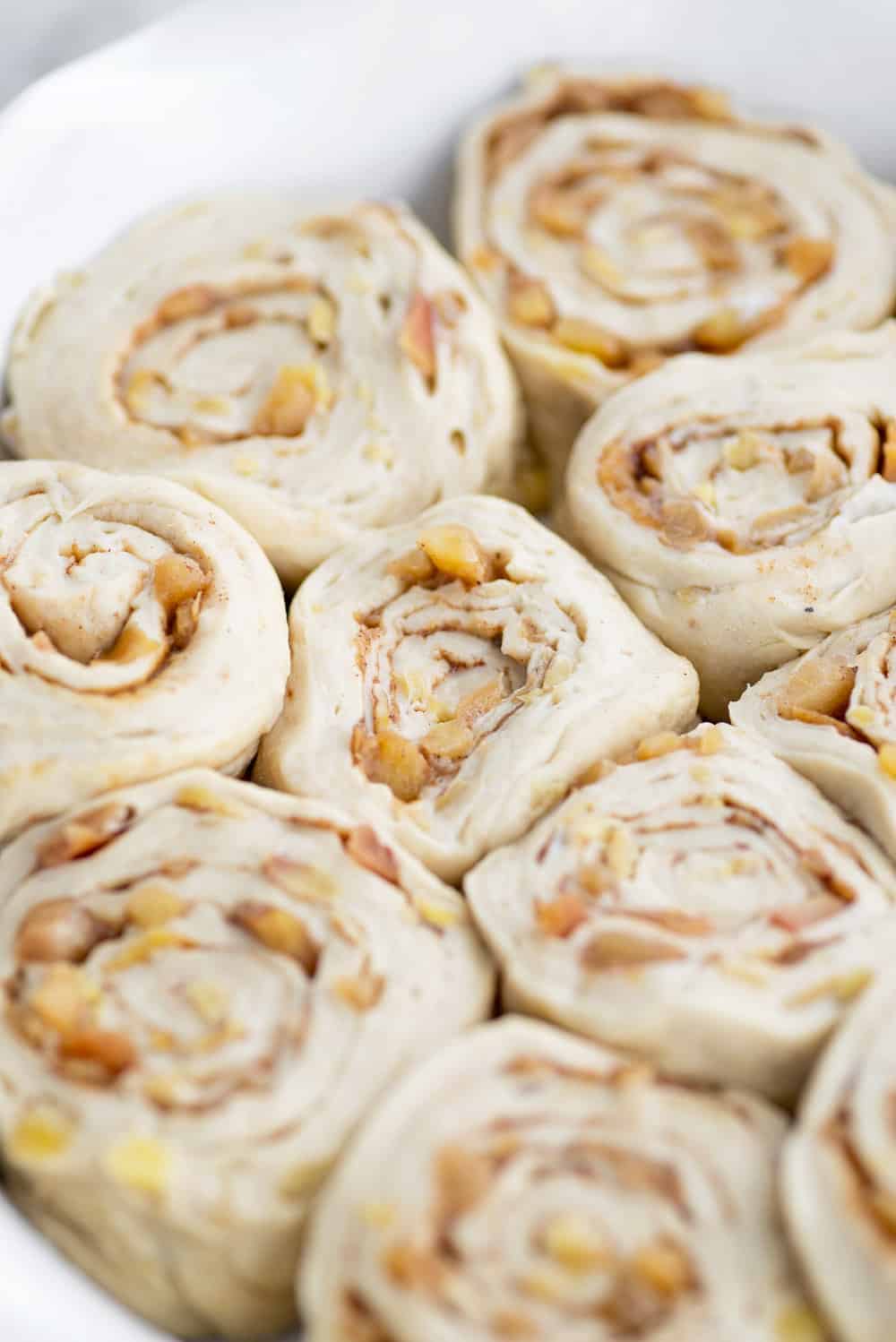 While these are great anytime of the year, I think they would be extra special on New Year’s morning.

If you make them, I would love to see! Tag #delishknowledge on Facebook, Twitter or Instagram!
What’s your favorite thing to bake this time of year?