Now you don’t have to choose between two delicious pies when you can have them both in these vegan pumpkin pie pecan bars! Topped with Cinnamon-Vanilla Coconut Cream. 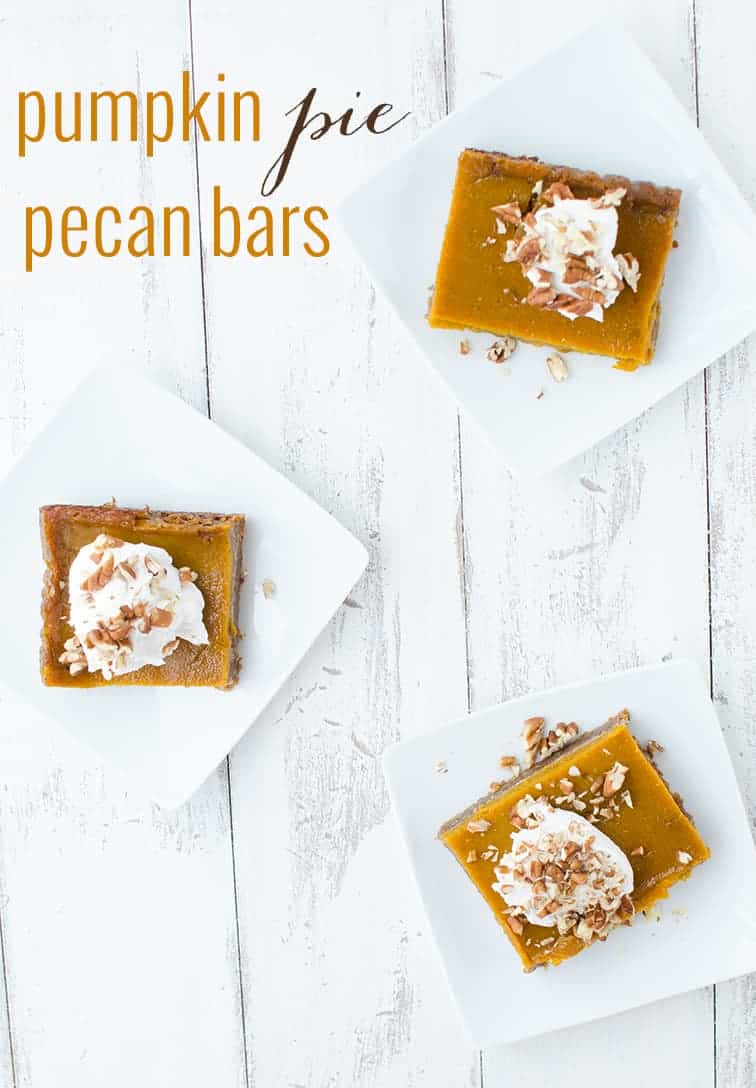 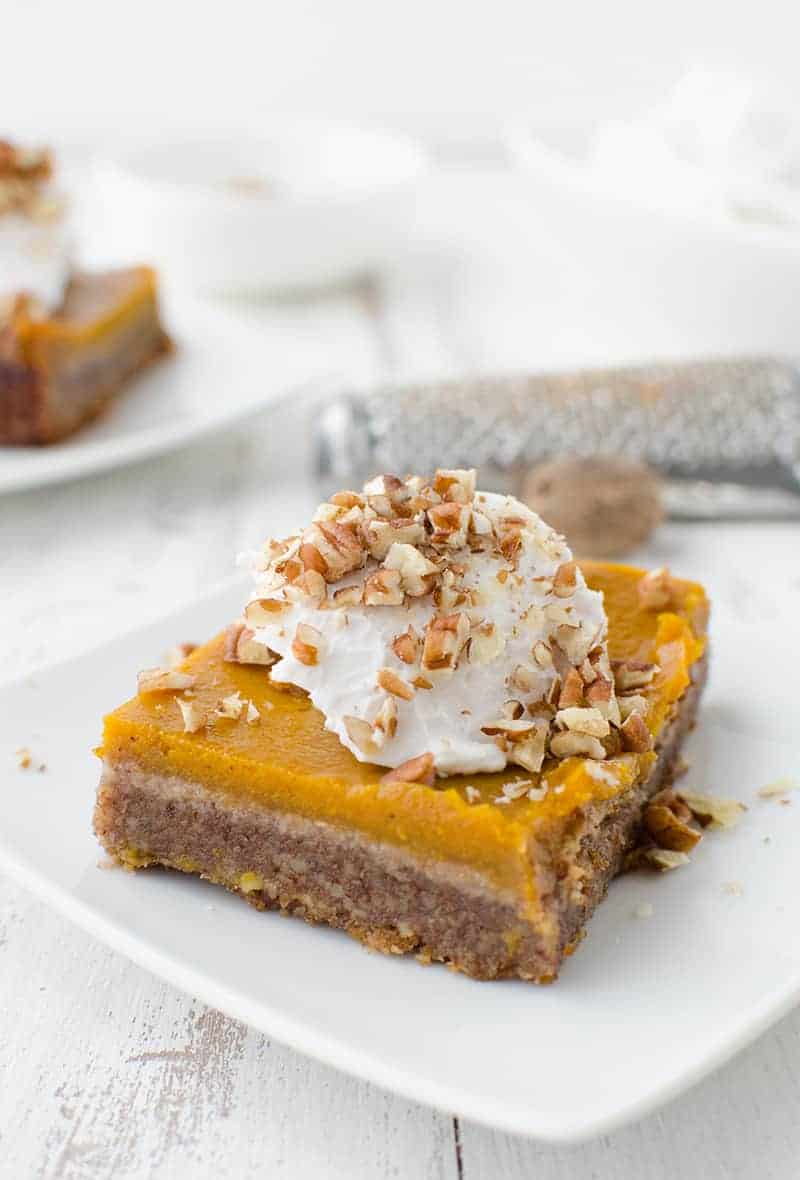 Things I am thankful for this year: being able to marry my best friend, decade long friendships that can handle the thousands of miles between us, almost daily FaceTime conversations with my niece Caroline, and not having to choose whether I want pumpkin or pecan pie.

Pecan on the bottom, pumpkin pie on top, party everywhere in your mouth. It’s a dessert showstopper that will wow just about everyone. Plus, these squares are both gluten-free and vegan so they accommodate the eating preferences of almost any holiday guest. 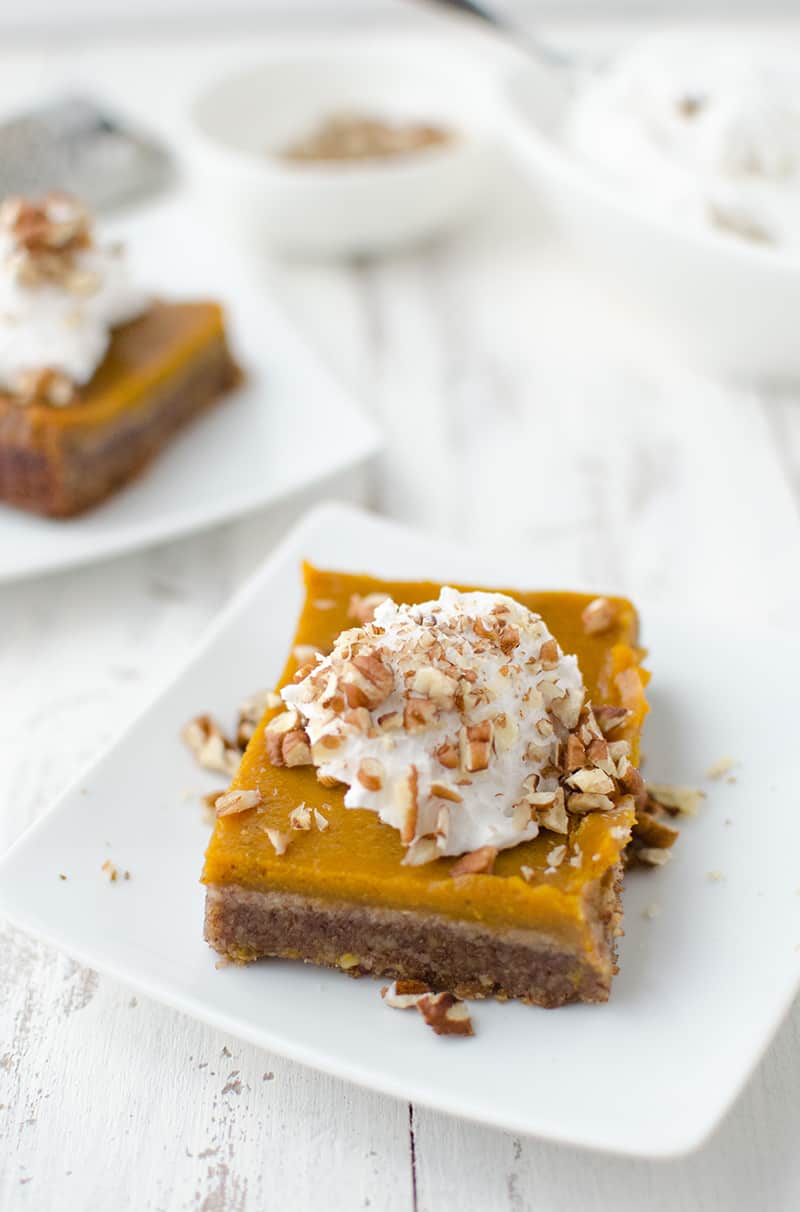 I’ve previously mentioned what a pie rule breaker I am; instead of enjoying dessert after a large holiday meal, I prefer to indulge the next morning. My day-after ritual involves relaxing on the couch while outfitted with a Christmas movie, oversized cup of black coffee, and a giant plate of pie from the evening before. I’ve been doing this since I was a kid, and it’s my favorite memory of Thanksgiving with my family. Even though we were a four woman household, we usually passed on Black Friday sales to cuddle on the couch and pass around Thanksgiving leftovers. While my sisters were active members of the turkey sandwich club, Friday was my pie day.

But, because I can never choose which pie flavor I love more, I’ve decided to combine my two favorites into one dreamy bar.  Problem solved!

I cannot wait for you to make this one! This has already become one of my favorite desserts. Typically, when I bake desserts for the blog it involves at least 2-3 rounds of testing. One-to-two attempts to get it right, and another to double check the recipe and photograph. With all that extra food, I usually become everyone’s favorite co-worker.

After I made these bars, BL persuasively recommended the leftovers not see the interior of my office.  It’s moments like this that I know we really are MFEO- made for each other. 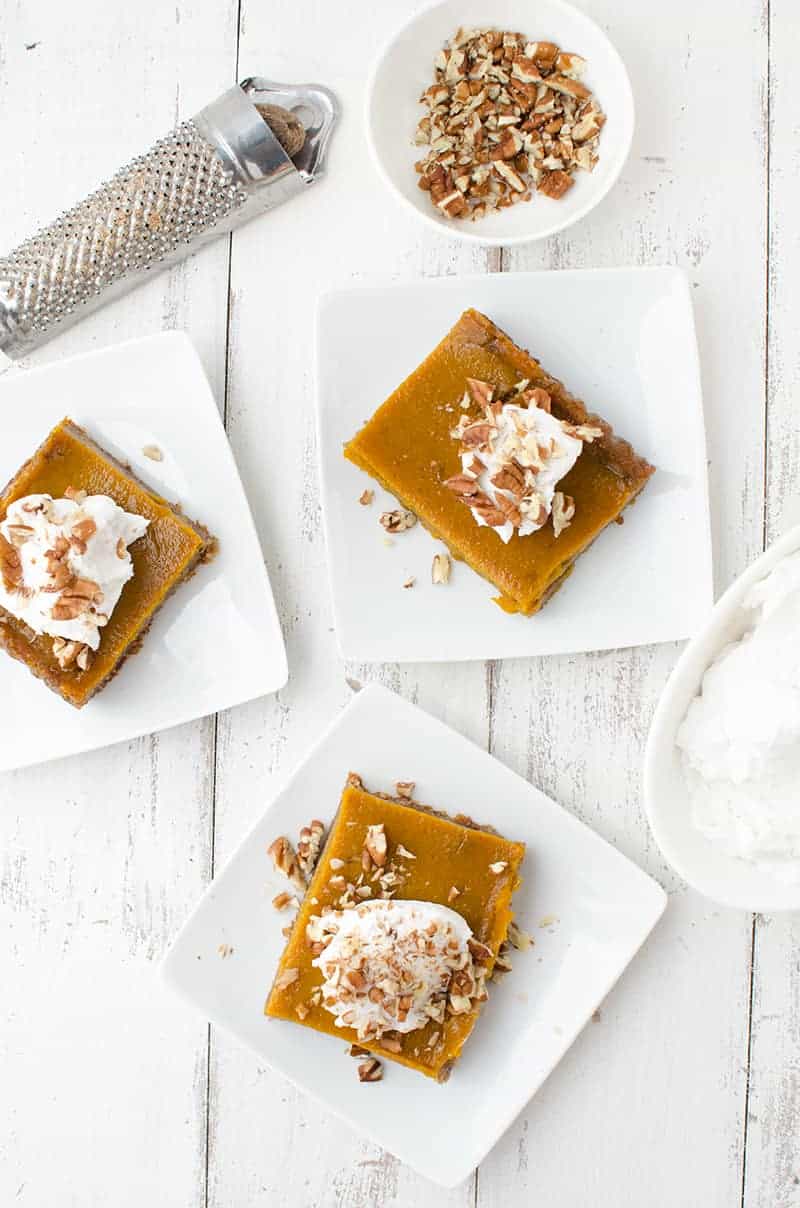 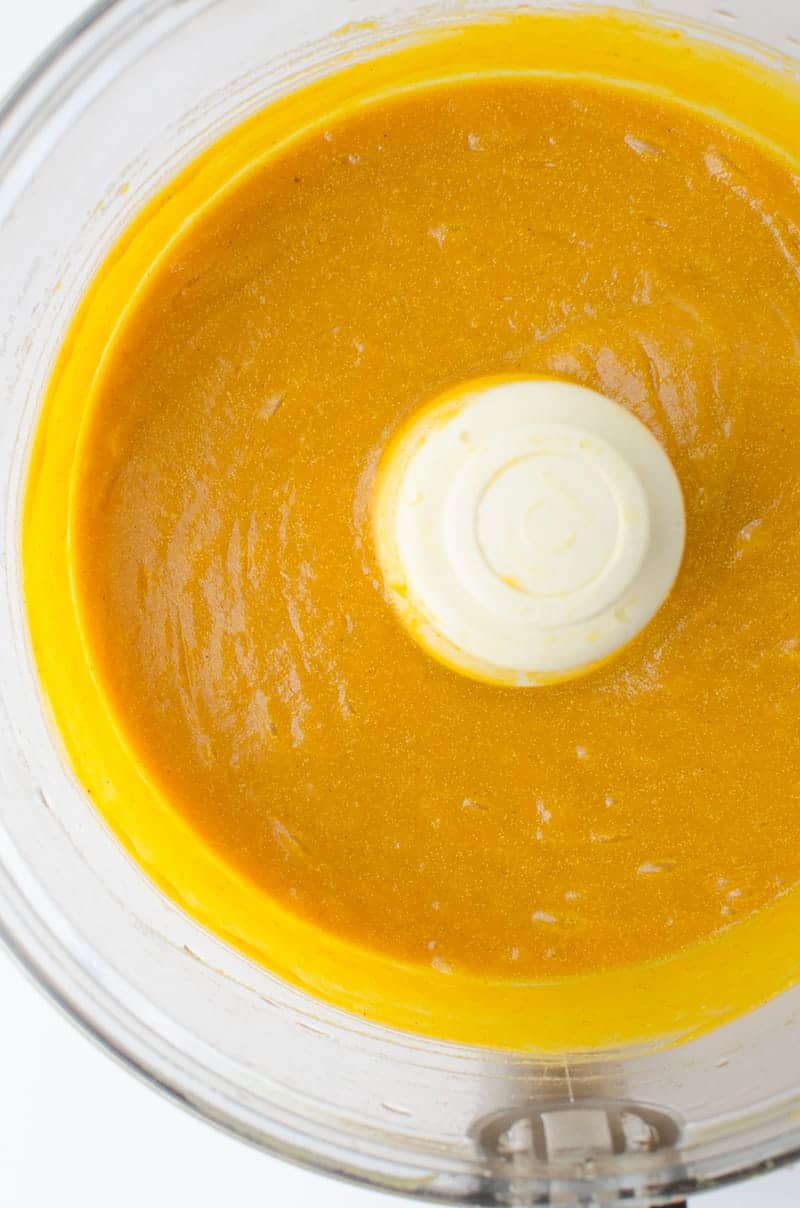 While they are perfect on their own, the dollop of coconut whipped cream on top completes the pie experience. I used my basic coconut whipped cream recipe (tutorial here) and added a sprinkle of cinnamon and a splash of bourbon. While the bourbon shot is completely optional, I love the rich flavor of pecans and bourbon.

The only downside to these bars is you have to let them cool completely before serving. Which is complete torture when your whole house smells like cinnamon, nutmeg and toasted nuts.  Who has the patience to wait 8 hours before taking a bite?! My advice- make them in the evening, and place them in the refrigerator before you head to bed.

Then, do what I do! Grab a blanket, grab a book, and relax on the couch- coffee in one hand, these bars in the other. 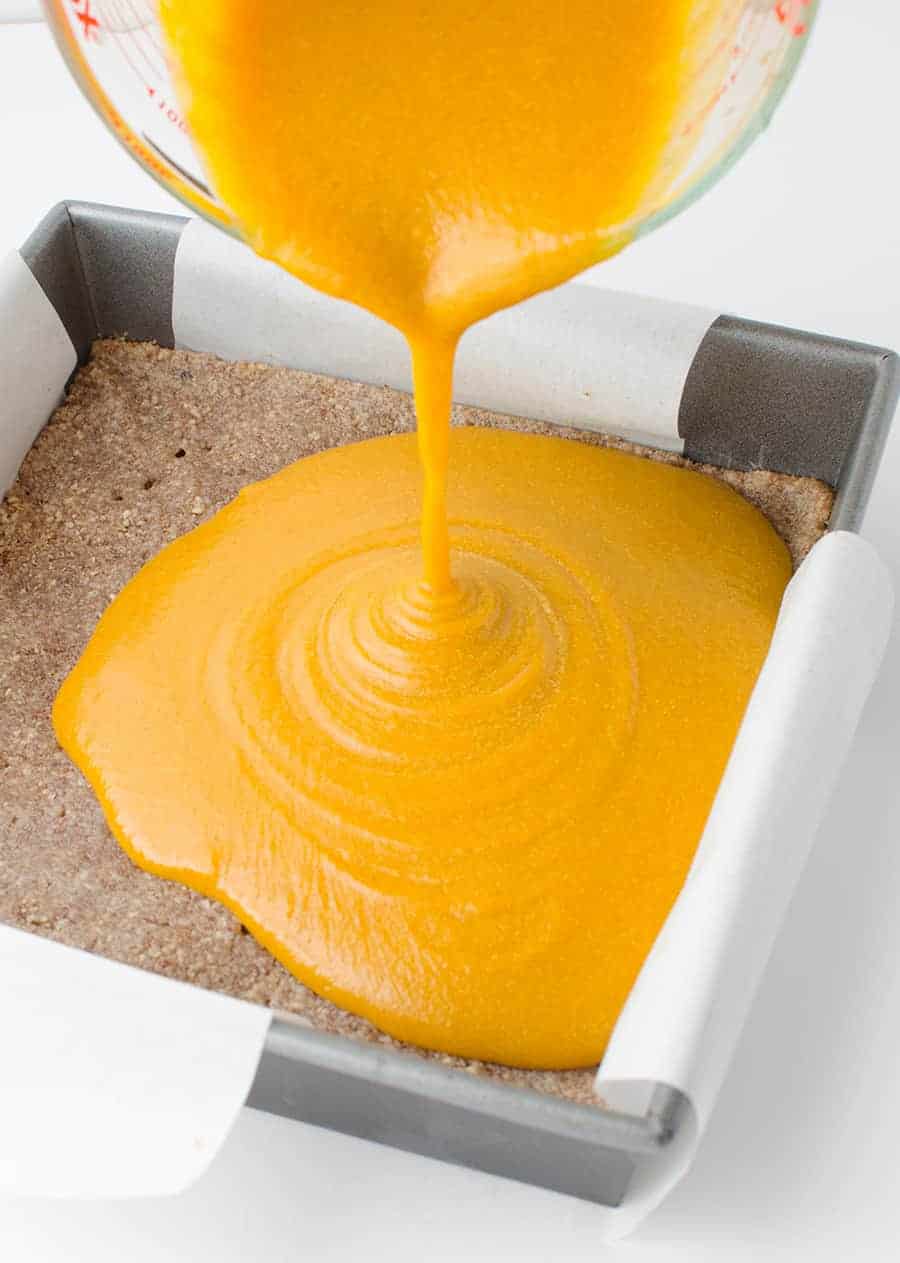 Watch how to make it here:

Place entire can of full-fat coconut cream in the fridge at least 2 hours before making this recipe. Use the top 1/4 cup for the pumpkin pie filling and use the rest for the Cinnamon whipped cream.

Ready for more Thanksgiving favorites? Enjoy this list below of healthy recipes from the Recipe Redux group.