I’m bringing back this eggplant gyro recipe that I originally shared in 2015. Life was a little bit crazier then; I was living in Stockton, CA in a tiny studio apartment while BL was already in St. Louis. I was finishing up my job at University of the Pacific, getting ready to embark on this- taking on this blog and my services full-time.

Flash forward three years and I’m a mama to the most cuddly baby boy and happy in the midwest. Crazy how things can change so quickly. Anyways, we made these gyros this weekend and I loved them so much, I wanted to put them back on your radar. 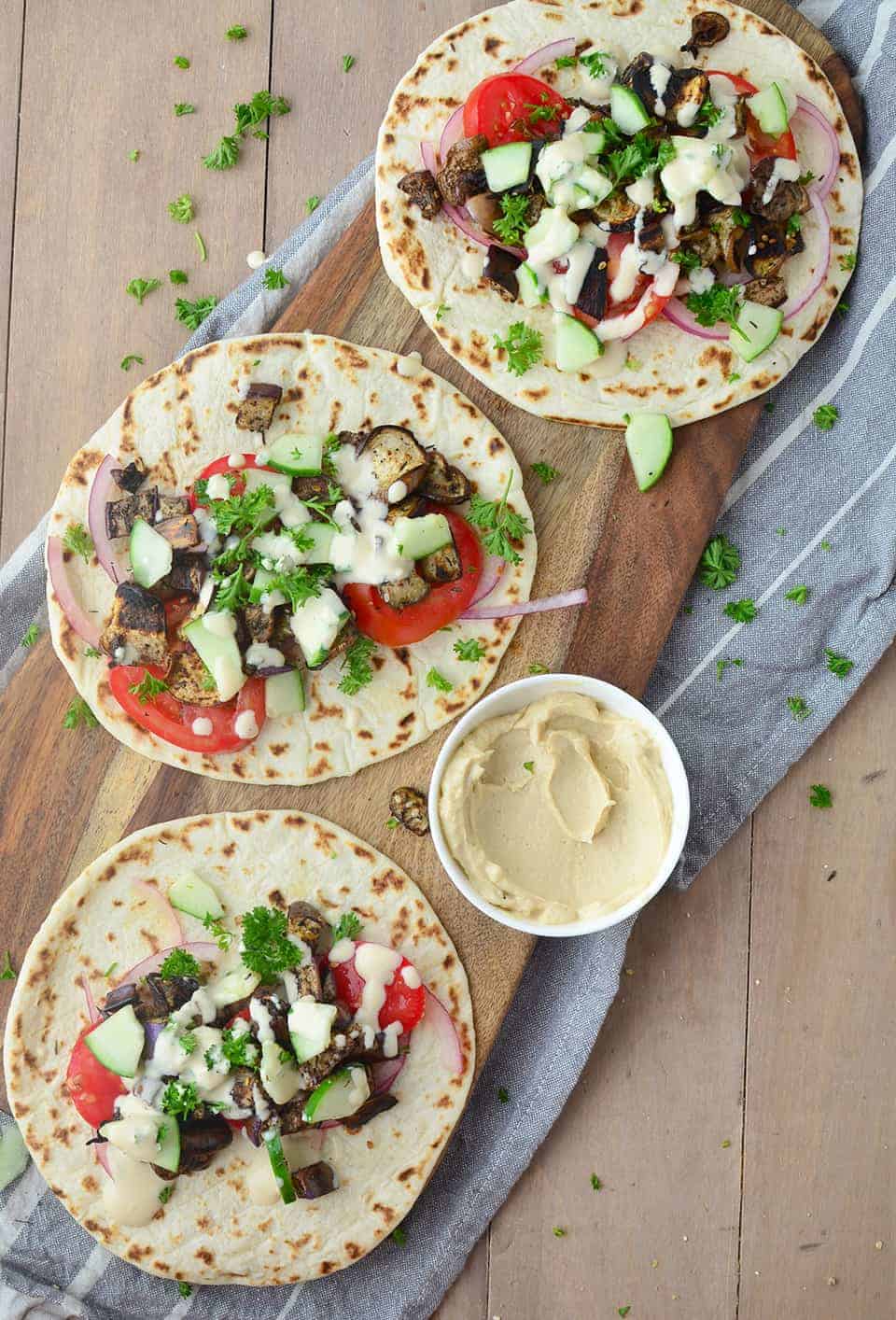 Move over meat, eggplant has taken center stage. As a long-time vegetarian, I am always looking for plant-based alternatives that mimic the same meaty, savory texture that meat provides. While I love the usual suspects: lentils, beans, and tofu, my favorite meat substitutes are actually vegetables.

These eggplant gyros are  everyone’s dream. You don’t have to be a meatless eater to love these babies. Lightly fried za’atar eggplant stuffed into warm pita pillows and topped with juicy tomatoes, crisp cucumber, pickled red onions and parsley. Even folks who typically turn their nose up at eggplant will salivate. 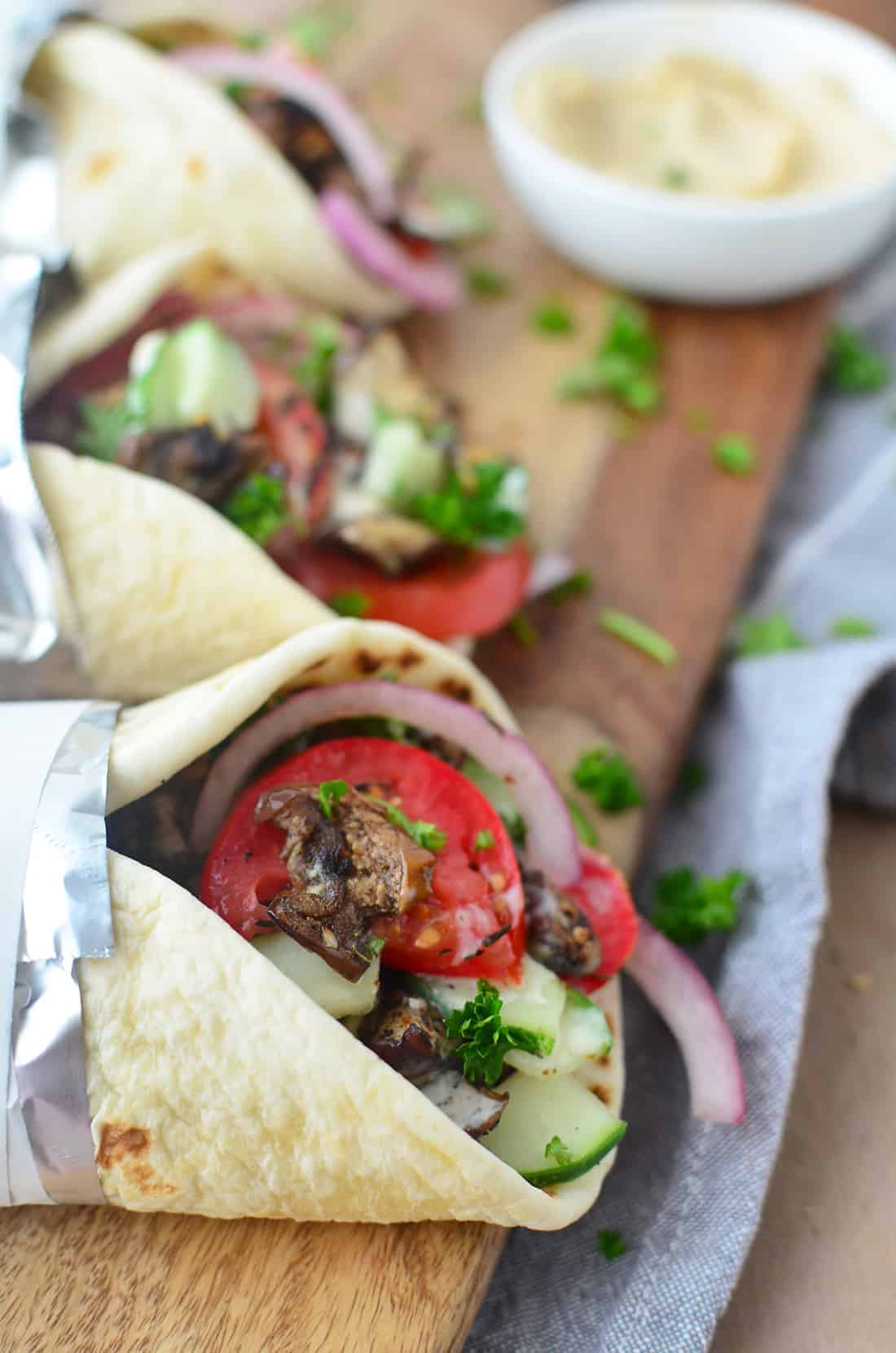 The inspiration for these sandwiches came a few years back when I was visiting a friend at the Lodi Farmers Market. In addition to Lodi being one of the cutest towns, it sure knows how to throw a street party.  Every Thursday evening throughout the summer, Lodi’s downtown streets are converted to endless rows of vendors selling everything from wine, olive oil, berries and vegetables.  Throw in a variety of food trucks alongside beer tents and acoustic music, and it’s a fun way to socialize while also stocking up on just-picked produce.

In other words, I never want to leave. 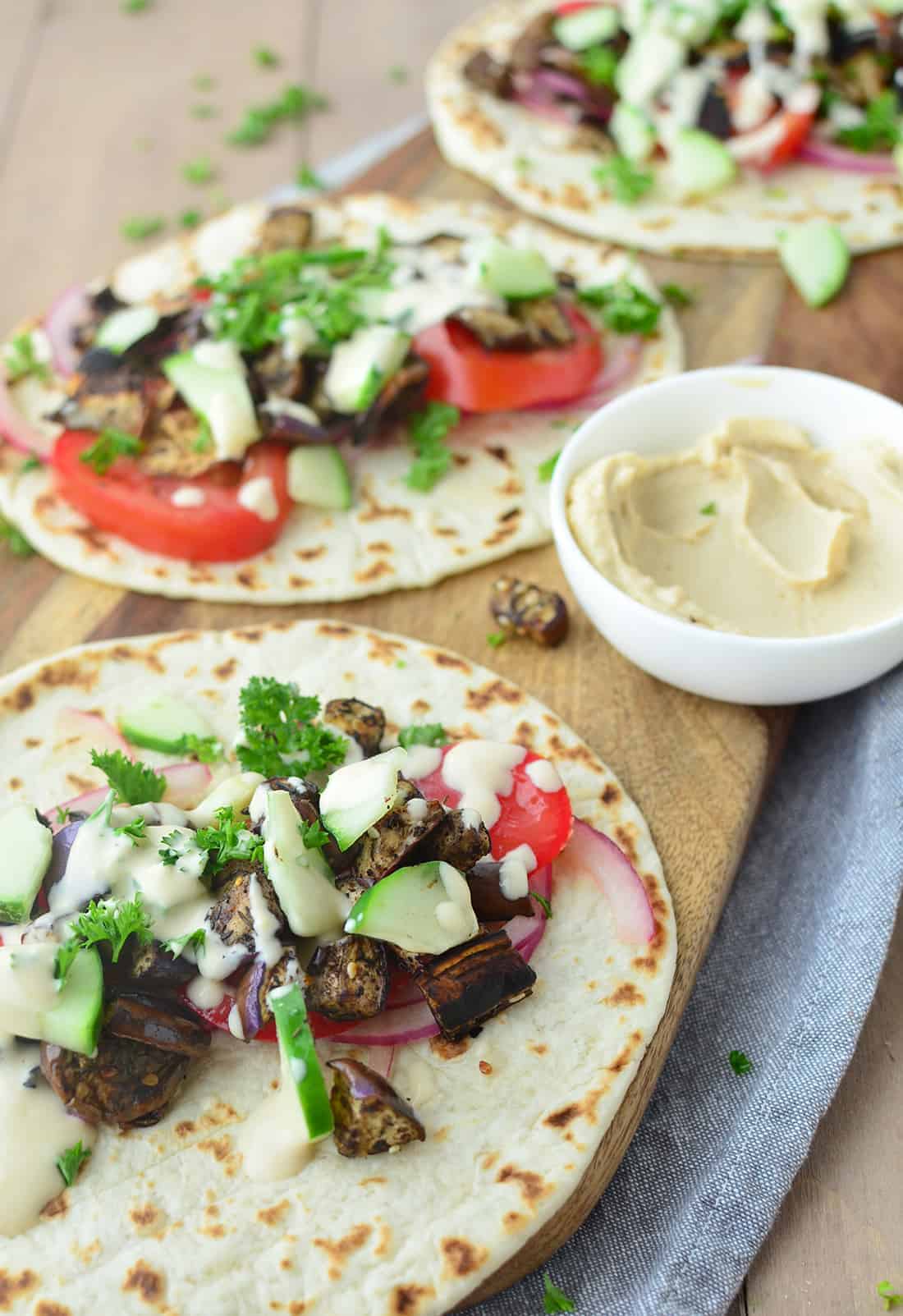 Drawn in by the garlic-on-everything aroma, we decided to grab a bite to eat from the local Greek food truck. Crispy Falafel, freshly-made hummus, warm pita. Drool. Since I put hummus on my hummus, there really wasn’t any doubt on where I would be sourcing my dinner.

Half-way through stuffing my face with falafel while watching my friend go to town on her gyro, I realized that I have never had a gyro. Like, ever. Since my mission in life is to make vegetables just as appealing (if not more so) than their non-veg counterparts, I ran back to a vendor stall to pick up a few more ingredients: eggplants, tomatoes and cucumber. After all, we had a vegetarian gyro that needed to be made.

Maybe it’s because I don’t have anything to compare it to, but this gyro completely blew me away. It’s packed with incredible flavor, texture, and ALL the vegetables (again).  It’s not your traditional gyro, but what’s not to love? 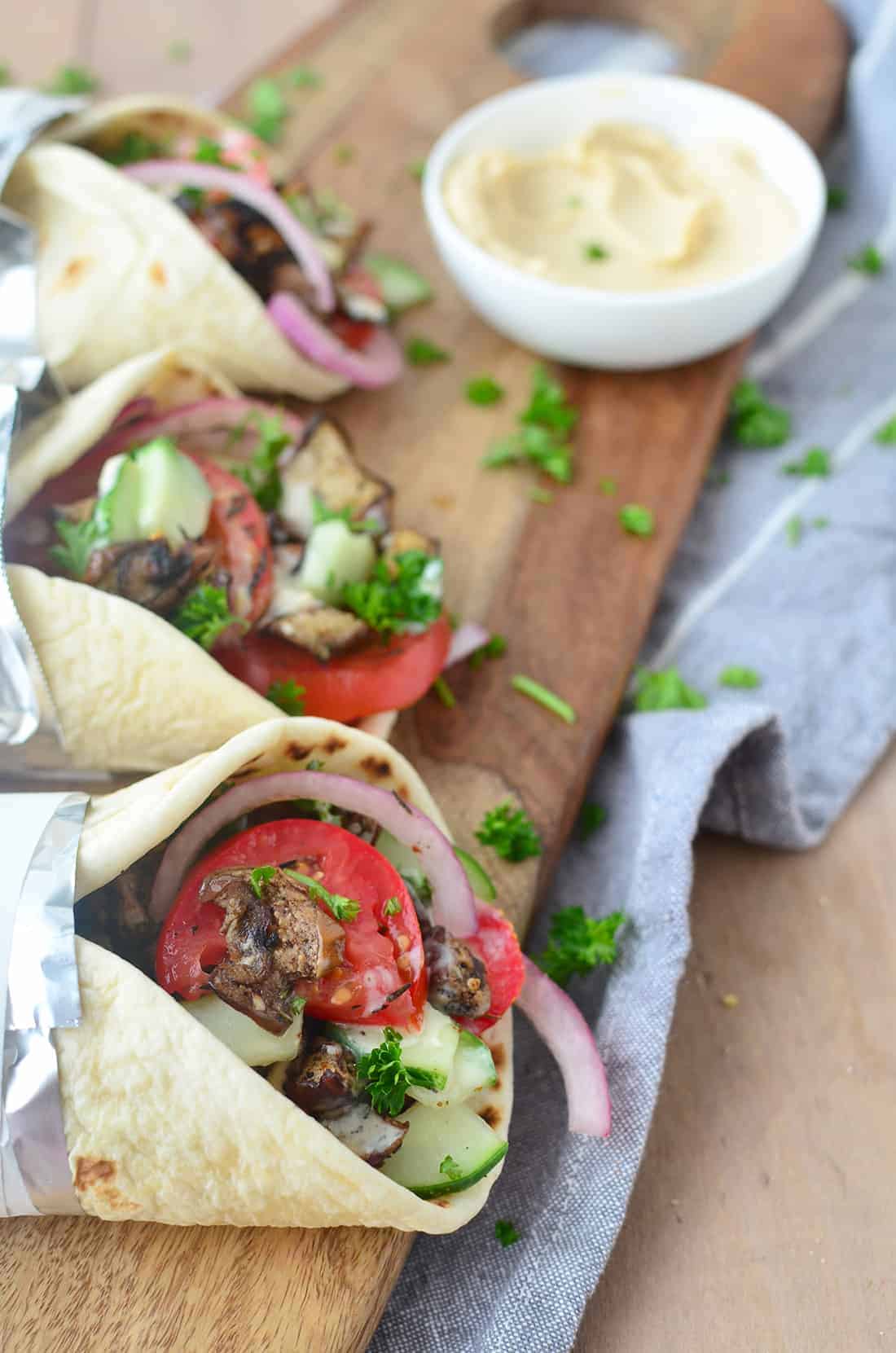